President Trump’s firing of FBI Director James Comey caused an outcry on Tuesday among members of both parties on Capitol Hill.

Numerous lawmakers on both sides of the aisle said that President Trump’s firing of Comey — who was overseeing the FBI investigation into the Trump campaign’s ties with Russia — raised questions about the integrity of the investigation.

Democrats called on Tuesday for a special prosecutor to investigate the President Trump’s ties to Russia and suggested Trump was engaging in a cover-up.

“We know the FBI has been looking into to whether the Trump campaign colluded the Russians,” Senate Minority Leader Chuck Schumer, Democrat of New York said. “Were these investigations getting too close to home for the president?”

The top Republican on the Senate Intelligence Committee, which is tasked with investigating Russia’s meddling in the 2016 election, also expressed dismay on Tuesday night.

“I am troubled by the timing and reasoning of Jim Comey’s termination,” said Senator Richard Burr, Republican of North Carolina. “I have found Director Comey to be a public servant of the highest order, and his dismissal further confuses an already difficult investigation by our committee.”

For months, some Democrats have been calling for an independent prosecutor to examine Trump’s connections to Russia, and Republicans have emphasized the importance of a thorough and exhaustive investigations into Russia’s meddling.

But Tuesday appeared to be a watershed moment, with lawmakers of all stripes questioning President Trump’s decision.

Among Democrats, there was a near-universal call for a special prosecutor to investigate the Trump campaign’s Russia ties.

“At this point, no one in Trump’s chain of command can be trusted to carry out an impartial investigation,” said Senator Ron Wyden, Democrat of Oregon and member of the Senate Judiciary Committee. “There can be no question that a fully independent special counsel must be appointed to lead this investigation.”

“Any attempt to stop or undermine this F.B.I. investigation would raise grave constitutional issues,” said Senator Dick Durbin of Illinois, the second-ranking Democrat in the Senate. “Under these circumstances I renew my call for an independent counsel and a special commission to fully investigate the Russian interference.”

“It’s pretty clear what’s going on here,” Senator Elizabeth Warren, Democrat of Massachusetts said in an interview with MSNBC. “Donald Trump doesn’t want anyone coming anyplace close to an active investigations into the relationship between the Russians, the Trump campaign and Donald Trump himself.”

“Trump is throwing our democracy into chaos by trying to shut down an investigation,” tweeted Sen. Kirsten Gillibrand, Democrat of New York.

Republicans, meanwhile, said they were dismayed by Comey’s dismissal, but did not widely call on Tuesday for a special prosecutor.

Senator Bob Corker of Tennessee said that Comey’s “removal at this time will raise questions,” adding that “it is essential that ongoing investigations are fulsome and free of political interference until their completion.”

Senator John McCain of Arizona called for a special congressional committee to investigate Russia’s involvement in the campaign.

“While the President has the legal authority to remove the Director of the FBI, I am disappointed in the President’s decision to remove James Comey from office,” McCain said. “I have long called for a special congressional committee to investigate Russia’s interference in the 2016 election. The president’s decision to remove the FBI Director only confirms the need and the urgency of such a committee.”

And Rep. Justin Amash, Republican of Michigan and House Freedom Caucus Member said that he wanted to create an independent investigation into Russia. “My staff and I are reviewing legislation to establish an independent commission on Russia,” Amash tweeted.

Some Republicans said they respected the president’s decision. “Given the recent controversies surrounding the director, I believe a fresh start will serve the FBI and the nation well,” said Senator Lindsey Graham, Republican of South Carolina.

And Senator Susan Collins, Republican of Maine dismissed fears that Trump’s firing of Comey was an attempt to halt the Russia investigation. “Any suggestion that today’s announcement is somehow an effort to stop the FBI’s investigation of Russia’s attempt to influence the election last fall is misplaced,” she said.

“The Director laid out his version of the facts for the news media as if it were a closing argument, but without a trial,” Rosenstein wrote in a memo. “It is a textbook example of what federal prosecutors and agents are taught not to do.”

But Senate Democrats suggested that was an alibi for more nefarious reasoning behind Trump’s firing.

“That does not seem to me to be a very logical or persuasive explanation,” said Senator Schumer. “If the administration had those some questions, the events occurred months ago. And they should have fired Comey on the day they came into office.” 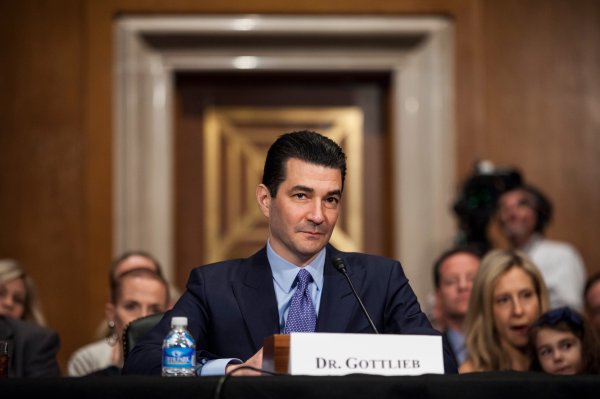