Comic-book fans could argue ad nauseam about which superheroes would best the others — and indeed, they do (just have a gander at these subreddits). But when it comes to the movies, determining the victors is a little more straightforward, if subjective.

A look at the average Rotten Tomatoes scores of movies depicting the most famous superhero teams — from the Guardians of the Galaxy, whose second movie hits theaters May 5, to the Incredibles, whose second movie is due next year — offers a clear picture of which spandex-suited saviors have translated most successfully on film.

The superhero team of the hour, the Guardians, ranks highly, though its jauntily-soundtracked adventures can’t quite eke out a first-place finish. Last year’s candy-colored misfire, Suicide Squad, pales in comparison when it comes to the critical consensus — though the bottom spot is reserved for a certain posse of Victorian-era vanquishers.

The site’s gauge is, of course, just one way of measuring a movie’s worth. The critical panning of a handful of recent superhero movies has had fans angry that reviews deemed the films sub-par before audiences even had a chance to weigh in. More than 20,000 people signed a 2016 Change.org petition imploring people not to “listen to film criticism” arguing that criticism is, after all, “just the opinions of the critics.”

As we look ahead toward the coming years’ most highly anticipated superhero team ventures, from this November’s Justice League to next spring’s Avengers: Infinity War, here is a ranking of movie superhero teams’ average Rotten Tomatoes’ ratings — or in the case of single-movie squads, only ratings — from highest to lowest.

The beloved 2004 animated Pixar movie about a family of superheroes trying to blend in with their lawn-mowing, grocery-shopping suburban neighbors will get a very belated sequel in 2018.

Guardians of the Galaxy

Both of James Gunn’s takes on the Marvel crew have largely scored with critics, and — judging by the five post-credits scenes in the latest installment — there will be more of Star-Lord, Gamora, Drax and co. in our future.

Joss Whedon’s takes on the Marvel supergroup have been praised for their wit and character development. Two sequels, to be directed by the Russo brothers, are due in 2018 and 2019.

The X-Men franchise (excluding Deadpool and Wolverine stand-alone films, as this data only includes movies focused around entire teams) has had its ups (Days of Future Past) and downs (Apocalypse). But it ranks, on the whole, near the top of the pack.

They may not boast Marvel or DC bona fides, but this group of teenage misfits helped many a ’90s kid pass the afternoons away. Their recent big-screen outing, however, left many critics wanting.

The heroes in a half shell have never, despite five attempts, bested 40% fresh on the review aggregator (and that was for their very first outing, in 1990).

Though they have collectively grossed hundreds of millions, excluding the unreleased 1994 film, none of the entries in this franchise has been a particular hit. But 2015’s reboot fared worst of all, winning several unwanted honors at the Golden Raspberry Awards.

Fans were so upset by Rotten Tomatoes’ rotten score for Suicide Squad that more than 20,00 signed a Change.org petition to shut the site down (the language was later softened to try to send a message rather than actually shut down the site), stating, “we must get the people to know that the criticism [is] not the measure of the quality of movies.”

The League of Extraordinary Gentlemen

Sean Connery’s final onscreen appearance, in 2003, was meant to be the first of several chapters about a group of turn-of-the-century heroes, but it fared too poorly to justify a sequel. But League fans, take heart: In 2015, 20th Century Fox announced that a reboot was in development. 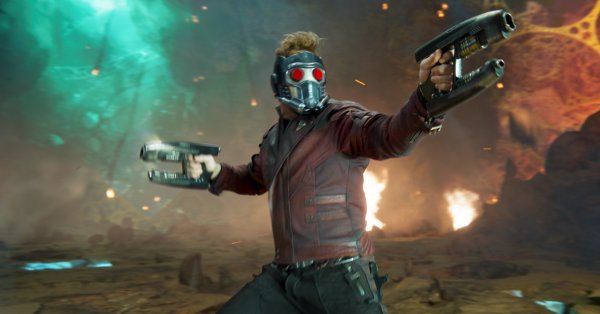 Guardians of the Galaxy Vol. 2 Has Five Post-Credit Scenes. Here’s What They Mean
Next Up: Editor's Pick