While Twitter has blessed us with everything from the mannequin challenge to the intrepid tale of a brave Times Square Olive Garden manager, the social media platform might have peaked when one user came up with the concept for the movie of our dreams starring Lupita Nyong’o and Rihanna that earned not only a co-sign from the actress and singer, but also from entertainment notables such as Issa Rae and Ava DuVernay.

It all began when Twitter user @blaquepink posted a photo of Lupita and Ri Ri sitting next to each other at the Miu Miu runway show during Paris Fashion Week in 2014.

Then, Twitter user @1800SADGAL posited the idea for the film that we all need, starring Rihanna and Lupita, in a tweet that’s now gone viral.

And approval from both Lupita and Rihanna.

As if that wasn’t approval enough, everyone from Issa Rae to Ava DuVernay offered their support to the imaginary project.

Does this mean that this dream of a project could actually be a reality? Time will tell. 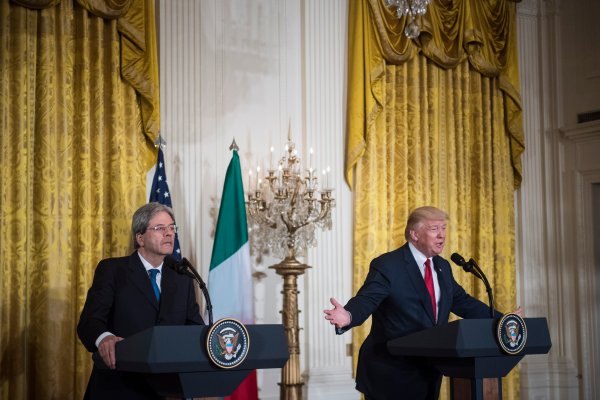 Trump Calls Deceased Opera Legend Pavarotti His 'Great Friend' and the Internet Has Jokes
Next Up: Editor's Pick