The removal of conservative commentator Bill O’Reilly from his top-rated Fox News show over allegations of sexual harassment “is an important next step to clean up Fox News and make it a respectful and professional work environment,” says the attorney representing Gretchen Carlson in her harassment case against Roger Ailes—the network’s founding President who left the company last year in a scenario that mirrors O’Reilly’s departure.

But more needs to be done by 21st Century Fox, which owns Fox News, to address working environment issues, said the statement from Nancy Erika Smith, who is also representing former Fox contributor Julie Roginsky in a separate lawsuit against Ailes and the channel, according to Deadline Hollywood.

If the company “genuinely wants to achieve that result, it will resolve without delay the claims of women, like Julie Roginsky, who have been harassed, intimidated, demeaned and discriminated against,” her statement reads.

Smith also called on the cable news ratings leader to “release all employees from the mandatory arbitration and confidentiality clauses” in their contracts, which she says “have silenced women and kept the harassers, enablers and retaliators in place.”

According to The Hollywood Reporter, Andrea Tantaros, another former Fox anchor suing Ailes for harassment and other network figures for retaliation, is currently appealing a court ruling that her case must be resolved in arbitration. 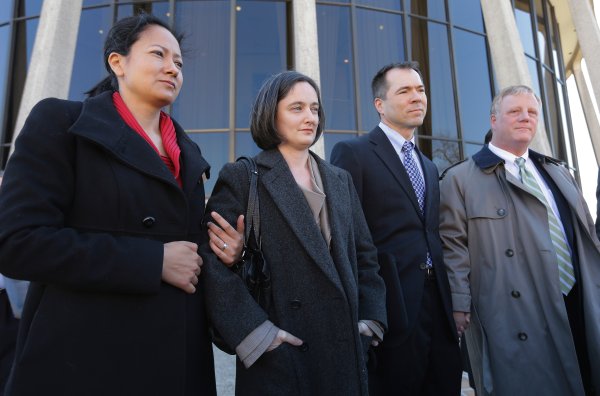 Texas Must Pay $600,000 in Legal Fees for Couples Who Fought Gay Marriage Ban
Next Up: Editor's Pick