Before A New Hope became the Star Wars story that millions know and love, writer-director George Lucas had some very different ideas for the first installment of his saga about a galaxy far, far away. In honor of Star Wars Day — the unofficial May 4 holiday inspired by the pun-fueled adage, “May the fourth be with you” — TIME is sharing some of the best tidbits from the director’s original treatments of the Episode IV script.

According to Chris Taylor’s 2014 book How Star Wars Conquered the Universe, here are the five of the most drastic changes from Lucas’ early drafts of the film.

Luke was an 18-year-old woman:

After completing his second draft — dubbed Adventures of the Starkiller, Episode I: The Star Wars — in January 1975, Lucas decided in March to change his main character from the teenage Luke Starkiller to an 18-year-old woman. Although this switch was short-lived — with Luke reappearing as the main protagonist in a May synopsis — it brought about the incorporation of Princess Leia as a central figure in the story.

The Dark Side had a unique name:

Instead of referring to the two sides of the Force as simply Dark and Light, Lucas originally divided the mystical power into the good, “Ashla,” and the bad, “Bogan” — a term that was mentioned 31 times in his second draft. In fact, even after removing “Ashla” in the third draft, he was still intent on the name “Bogan,” including an early scene in which Luke asks Ben Kenobi, “Like Bogan weather or Bogan times?” when his mentor begins to teach him the ways of the Force.

That’s right: if Star Wars had remained Adventures of the Starkiller, the iconic “I am your father” scene never would have happened. Lucas’ second draft featured the Starkiller, an ancient Jedi who was originally conceived as a cyborg, as Luke’s dear old dad while Vader was killed off during the first assault on the Death Star.

Although Luke was still the pilot of the starfighter that exploded the Imperial battle station, the shotgun-riding Threepio — as the talkative droid was known at the time — was the one to fire the critical shot into its thermal exhaust port, handing the Empire their first major defeat.

During a scene in Lucas’ third draft when Ben Kenobi finds Luke after he has been attacked by a group of Tusken Raiders, the two share an exchange that was pulled verbatim from J.R.R. Tolkien’s The Hobbit. “What do you mean, ‘good morning?'” Luke asks when Kenobi greets him. “Do you mean that it is a good morning for you, or do you wish me a good morning, although it is obvious I’m not having one, or do you find that mornings in general are good?

“All of them at once,” Kenobi replies.

For obvious reasons, Lucas was forced to nix that particular conversation. 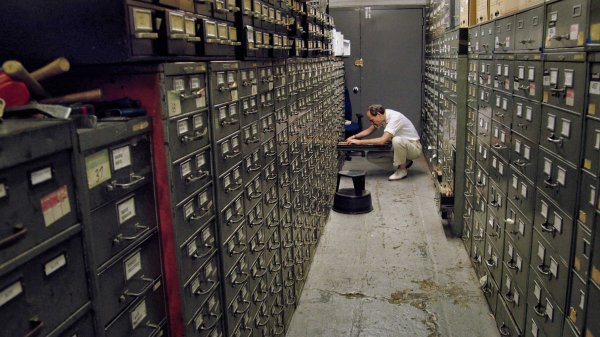