President Donald Trump is expected to sign a “Buy American, Hire American” executive order today in Wisconsin that aims to bring jobs back to the U.S. The order directs federal agencies to conduct a review of visa programs that allow some companies in the U.S. to hire immigrants for cheaper labor.

British Prime Minister Theresa May shocked many in the U.K. today when she announced that she would call an early general election, despite repeatedly saying in the past that she would not do so. “We need a general election, and we need one now,” May said in a statement, adding that the election would be the “only way to guarantee stability and certainty for the years ahead.” Here are five reasons she’s calling an election now.

Authorities are still scouring the country for Steve Stephens, who they say shot and killed an elderly stranger in Cleveland Sunday and then shared a video of the murder on Facebook. In an emotional interview with local TV station Fox 8, loved ones of the 74-year-old victim, Robert Godwin Sr., pleaded for Stephens to turn himself in and said they forgave him for what police called a “heinous” crime.

A 17-year-old girl in Australia was killed by a shark while surfing with her father.

The U.S. Supreme Court has spared the life of an Arkansas inmate.

One crew member has died after an Army helicopter crashed in a Maryland golf course.

Geoffrey Kirui of Kenya won the Boston Marathon yesterday, trailed by Galen Rupp of the U.S.

All westbound lanes on Atlanta’s I-20 have reopened after part of the interstate buckled yesterday, the city said.

Coachella-goers helped police find a man who is accused of stealing more than 100 cellphones.

It’s officially Tax Day in the U.S. Here are five things to know. 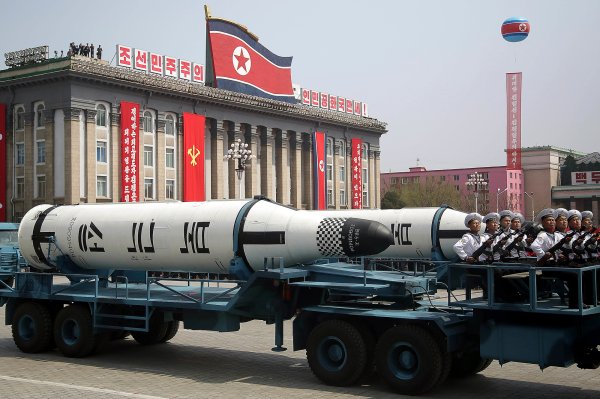