Following Sean Spicer’s incorrect claim — for which he has since apologized — that Adolf Hitler did not use chemical weapons during World War II, Jimmy Kimmel blasted the White House press secretary with a parody of his internal monologue during the Tuesday press conference.

In a clip for Tuesday night’s episode of Live!, the host imagined what was going through Spicer’s mind as he compared Hitler to Syrian President Bashar al-Assad. “Did I just defend Hitler? I think I did. Why did I even do that? Why even bring up the Holocaust?,” Kimmel envisioned Spicer asking himself. “At press secretary school, the one rule was “never defend Hitler.'” 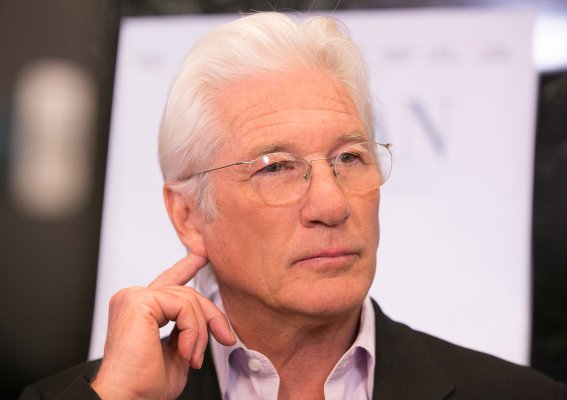 Richard Gere Regifted a Present from the Dalai Lama to 'Very Sweet' Pope
Next Up: Editor's Pick