Rodrigo Duterte currently tops the 2017 TIME 100 poll, leading among those who poll participants consider as one of the world’s most influential people.

The Philippine president is in first place, with 5% of the total “yes” votes as of the morning of March 29. Duterte, who took office last June, catapulted to worldwide recognition for his deadly approach to fighting drug use in the Philippines. More than 7,000 people have been killed under Duterte’s anti-drug campaign.

Duterte has been known to use social media to promote his agenda and has reportedly paid people to push him to popularity online.

Other world leaders appear in the top 10, including Russian president Vladimir Putin, with 3% of the “yes” vote, and Canadian president Justin Trudeau, also with 3%. Others near the top of the list include Mark Zuckerberg, Bill Gates, Pope Francis, Donald Trump, Viola Davis and Emma Stone.

Duterte, nicknamed “the Punisher,” recently broke a campaign promise to consider legalizing gay marriage in the Philippines. In a lengthy speech earlier in March, Duterte warned against imposting Western values on the Philippines, referencing a recent edition of TIME magazine, in which the cover story centered on changing attitudes toward gender identity in American culture.

Last year, then Democratic presidential candidate Bernie Sanders won the TIME 100 reader poll, topping a host of world leaders and cultural figures. The TIME 100 is made up of notable figures in politics, arts, science and more. Although TIME’s editors ultimately choose the TIME 100, we want to know what the readers think. Vote in the poll here, and see the results here. 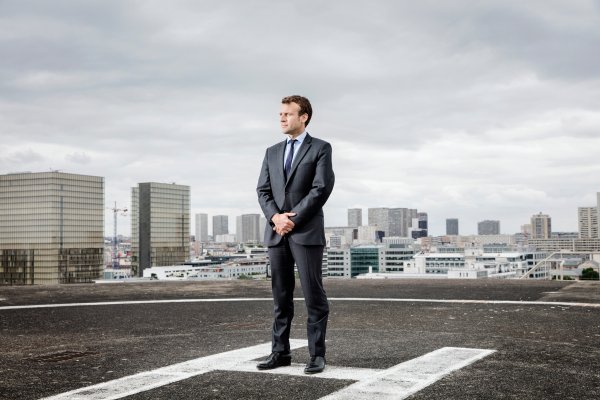 Emmanuel Macron: I'm Not Just a Spoiler for Le Pen
Next Up: Editor's Pick