Beauty and the Beast is all the rage right now, so of course James Corden decided the time was ripe to bring the movie to the streets—or rather, to a crosswalk in Los Angeles for an impromptu retelling of the tale as old as time.

In a new skit from his show, Corden taps a crew of extras to rehearse a bare-bones version of the Disney classic. He also manages to get bona fide movie stars Dan Stevens, Luke Evans, and Josh Gad to reprise their roles as the Beast, Gaston, and LeFou, although at first they seem hesitant about the logistics of the show. (Corden himself plays Belle, of course.)

After putting them through their paces in rehearsal, Corden gets the whole team to step out onto the crosswalk in full costume for each of the movie’s big musical numbers, performed replete with choreography, singing, and props during red lights as confused commuters look on. They have to make hasty exits to the sidewalk whenever the light changes.

“I crossed that road, and on the other side was everything I love about theater—and a gas station,” Dan Stevens admits after getting over his fear of acting in the middle of the street. For the full Beauty experience as remixed by Corden and company, however, you’ll want to watch the full video, above. 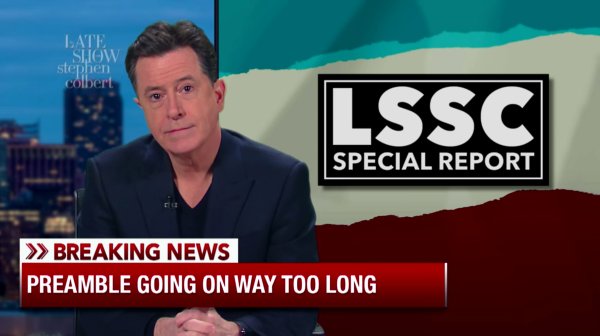