The U.S. government’s official ethics watchdog has blasted the White House for not taking disciplinary action against senior counselor Kellyanne Conway for promoting Ivanka Trump’s products during a TV interview.

“Not taking disciplinary action against a senior official under such circumstances risks undermining the ethics program,” Walter Shaub, director of the Office of Government Ethics (OGE), wrote in a letter dated Mar. 9 to White House Deputy Counsel Stefan Passantino.

In the letter, Shaub said that Conway’s actions were a “misuse of position” as the ethics watchdog prohibits “using one’s official position to endorse any product or service.”

Following Conway’s comments, the ethics watchdog said it was inundated with calls and emails. At the time, the House Oversight Chairman Jason Chaffetz called her on-air pitch “clearly over the line” and “unacceptable.” Last week, however, in reply to a letter from the OGE, the White House said that Conway’s endorsement came “without nefarious motives.”

“The White House’s response makes clear that disciplinary action will not be taken,” Shaub said in a separate letter addressed to Chaffetz and House Oversight Committee ranking member Elijah Cummings.

But Shaub expressed greater concern with the White House’s “extraordinary assertion” that employees of the President’s office are exempt from many ethics regulations. “The assertion is incorrect, and the letter cites no legal basis for it,” Shaub wrote to Passantino.

“It is critical to the public’s faith in the integrity of government that White House employees be held to the same standard of ethical accountability as other executive branch employees,” he continued. 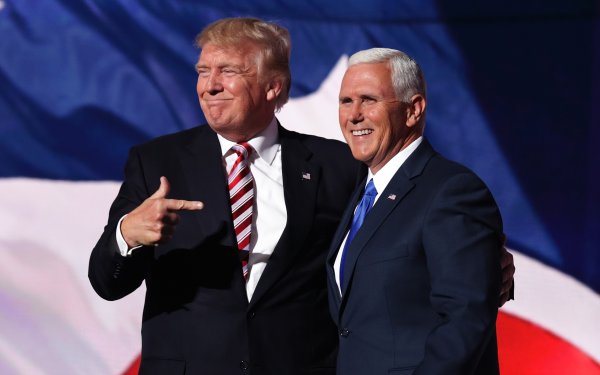 Pence Won’t Say if He Believes Trump’s Wiretapping Claim
Next Up: Editor's Pick