After footage of President Donald Trump practicing his first speech to Congress began circulating Tuesday night, the Internet took it upon itself to turn the moment into some hilarious memes.

The video of Trump — which was captured as he left the White House for the Capitol — showed him mouthing the words to his address in the back of the presidential limo, prompting Twitter users to make their own guesses as to what POTUS was saying.

While some captioned the shot with song lyrics and movie quotes, others poked fun at his seemingly last-minute preparations. “When you cramming for the test,” one user joked.

See a selection of the best below. 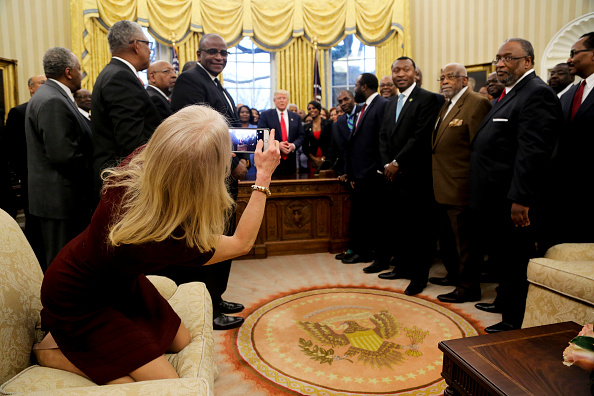 People Are Having a Hilarious Time Photoshopping That Kellyanne Conway Oval Office Photo
Next Up: Editor's Pick