Jon Stewart on Donald Trump: "Nobody Says 'Believe Me' Unless They Are Lying"

“Trump lies more in one press conference than CNN does in a year — and that’s coming from a guy who hates CNN,” Stewart said.

Stewart said Trump lies on purpose. “You wanna know how I know how? Because he constantly says the phrase ‘believe me,'” Stewart said. “Nobody says ‘believe me’ unless they are lying.”

When Colbert asked what Stewart thought of Trump’s White House excluding members from news outlets like CNN, The New York Times, Politico and others from a daily briefing last week, the former Daily Show host addressed his critique to the media.

“It is time for you to get your groove back, media. Because let’s face facts, you kind of let yourself go a little bit for these past few years,” he said. “You put on a few pundits. Obsessing, 24 hours a day, seven days a week, about this one guy.” 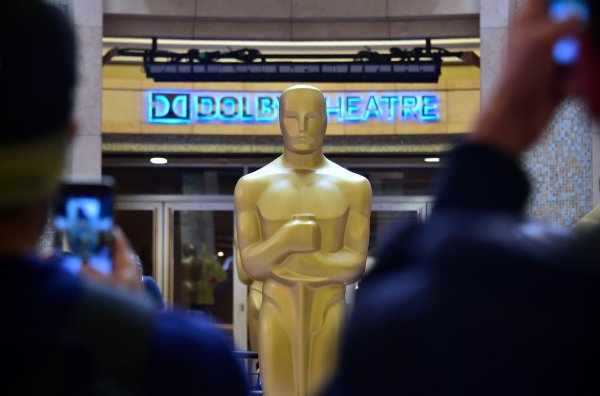 The Academy Is Sorry for that Big Oscars Mix-Up
Next Up: Editor's Pick