The Internet Lost It Over the Oscars Best Picture Mix-Up

The Internet had a field day after the 2017 Oscars ended in a shocking twist—Moonlight won Best Picture, but only after the award was mistakenly given to La La Land.

La La Land was expected to win the award, so the accidental announcement that it had won disappointed but did not shock those viewers who considered Moonlight—a deep, vivid coming-of-age story—the more deserving film. Although initial tweets about La La Land‘s win expressed anger, things changed when it was confirmed that Moonlight had actually won.

Everyone at first was incredibly confused.

Then confusion turned to joy as people realized the mix-up was not a joke.

Then began the political comparisons, as people said they wished the 2016 elections could have turned out like the Oscars. 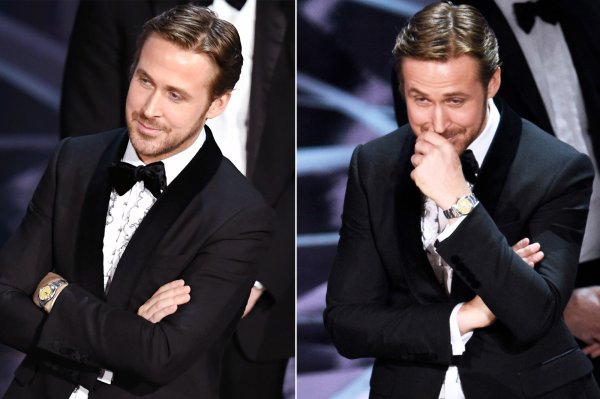 See How the La La Land Stars Reacted When They Found Out They Hadn't Won Best Picture
Next Up: Editor's Pick