Watch Celebrities Read Mean Tweets About Themselves at the Oscars

Jimmy Kimmel could not let the 2017 Oscars pass without having stars read burns from Internet trolls in an Academy Awards-themed segment of the bit from his talk show.

Actors like Natalie Portman, Ryan Gosling and Whoopi Goldberg and others read some of the meanest tweets about themselves during the ceremony.

“Feel like if you went to lunch with Natalie Portman she would only order a hot tea with lemon and maybe some toast. Definitely not an entree though,” Portman read aloud, before revealing her pregnant belly to the camera and whispering, “You are wrong.”

Gosling’s mean tweet appeared to compliment him at first before veering into an insult.

Goldberg was less than impressed with a tweet comparing her to armpit hair. “Really? That’s it?” she asked.

Eddie Redmayne received one of the grosser messages: “Dear Eddie Redmayne, I hate your stinking guts, you make me vomit, you’re the scum between my toes. Love, Zhenya.” 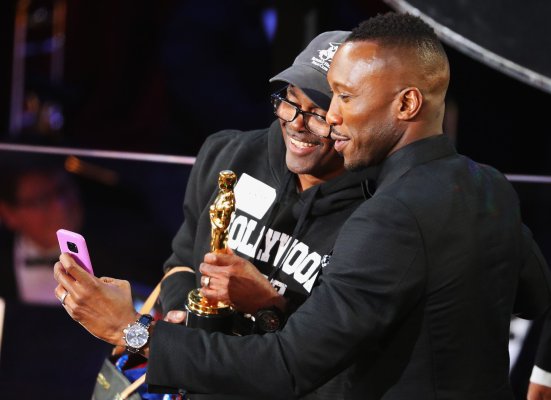 Watch a Guy Named Gary From Chicago Steal the Show at the Oscars
Next Up: Editor's Pick