Everything You Need to Know About the 2017 Oscars

It’s Oscars time again, and this year, Hollywood will not only be celebrating Hollywood, it will be celebrating a movie that celebrates Hollywood (that would be La La Land, of the 14 nominations). And while we don’t know who will win at the 89th Academy Awards, we can predict with some degree of confidence that there will be political speeches (see: Meryl Streep at the Golden Globes), there will be Jimmy Kimmel/Matt Damon gags and records will be broken. Here’s everything you need to know before tuning in on Sunday, Feb. 26 at 8:30 p.m. ET on ABC.

Who’s hosting? Jimmy Kimmel will host the ceremony for the first time, taking on the duty performed in recent years by Chris Rock, Neil Patrick Harris and Ellen DeGeneres. His attitude toward the whole affair so far has been characteristically nonchalant—he joked on his show that the producers selected him for his physical proximity to the Dolby Theatre. The announcement also provided fuel for his long-running faux-feud with Matt Damon. Kimmel says he hopes Damon loses (he’s nominated for Best Picture as a producer of Manchester by the Sea), while Damon told the Hollywood Reporter that he hopes Kimmel “live[s] up to my extremely low expectations.”

Who’s performing? All five numbers nominated for Best Original Song will be performed during the ceremony. Auli’i Cravalho, who voices the title character in Moana, will join songwriter Lin-Manuel Miranda for the empowering “How Far I’ll Go.” Sting will sing “The Empty Chair” from the documentary Jim: The James Foley Story. Justin Timberlake will perform “Can’t Stop the Feeling,” from Trolls, also known as The Song That Will Probably Still Be Playing Constantly When You Are on Your Deathbed. And La La Land star John Legend will perform the movie’s two nominated songs, sung in the movie by Ryan Gosling and Emma Stone, presumably to allow the two nominees to direct their energies to nervously waiting to see if their lives are about to change forever.

MORE: Lin-Manuel Miranda: How to Be an Artist in the Donald Trump Era

Who’s expected to win? La La Land boasts an impressive 14 nominations, an honor shared only by Titanic and All About Eve, and one that puts within reach the prospect of breaking the record of 11 wins. In the acting categories, Emma Stone (La La Land), Casey Affleck (Manchester by the Sea), Viola Davis (Fences) and Mahershala Ali (Moonlight) all have the edge on their respective categories. La La Land also looks strong in the directing and music categories — but nothing is on lock, of course, and a surprise or two would jazz up (or jazz down, if it involves La La Land losing) the whole affair. (Read our full list of predictions.)

Is there anything different about this year’s ceremony? After two years with zero nonwhite acting nominees (and a very long history with disproportionately few), this year’s nominations are much more inclusive: seven of the 20 nominees are people of color. But change, unsurprisingly, is slow, and we’re still without any female directing nominees, and limited to no representation when it comes to Asian Americans, Latinos, Native Americans, LGBT and gender-nonconforming people and people with disabilities.

Any controversies to look out for? Two nominees are considered especially controversial this year: Best Actor nominee Casey Affleck— after two sexual harassment suits, which were settled in 2010, resurfaced in the news — and Best Director nominee Mel Gibson, whose nomination represents a Hollywood comeback after a domestic-violence charge and a highly publicized anti-Semitic outburst.

Any records to be broken? This year’s ceremony could bring a slew of firsts. Barry Jenkins could be the first black filmmaker to win Best Director. His movie, Moonlight, could be the first film with a gay protagonist to win Best Picture. Ava DuVernay could become the first black woman to win Best Documentary, Denzel Washington could beat his own record for most awards by a black actor, and Meryl Streep could tie Katharine Hepburn for most acting awards ever (with four) — male or female, lead or supporting. And on the young prodigy front, La La Land‘s Damien Chazelle, 32, could tie 1932 winner Norman Taurog for youngest Best Director winner, and Manchester by the Sea‘s Lucas Hedges, 20, could tie 1981 winner Timothy Hutton for youngest Best Supporting Actor.

MORE: Ava DuVernay on Her Oscar-Nominated Documentary 13th and Resistance Through Art 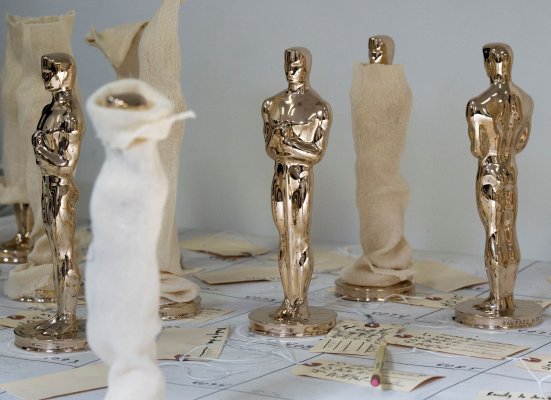 Here's How You Can Watch the 2017 Oscars
Next Up: Editor's Pick