Leave it to Queen Bey to make the ultimate statement with a casual Instagram post. Beyoncé commanded the attention of not only the her fans, but the entire when she announced on Wednesday that she was pregnant with twins via a picture of her growing belly on Instagram.

In the image, Bey shows off her bare belly while clad in a sheer veil, while sitting amid a plethora of flower because even a pregnancy announcement is a chance for aesthetic excellence when you are Beyoncé.

Within fifteen minutes of the announcement, there were more than 17,000 tweets about it per minute, according to Twitter. Needless to say, the web had all of the feelings about Beyoncé’s pregnancy announcement, taking to social media to sound off on the new Knowles-Carter progeny.

Some were overjoyed with the news, especially with the conflicts going on in the world.

Others acknowledged that this news was cause for jubilee.

It brought joy to so many people.

All could agree that the event was definitely newsworthy.

Others appreciated the thought that Queen Bey put into the aesthetics of her pregnancy announcement.

Of course, the Internet still had their jokes.

And many acknowledged that these babies were blessed to be a part of the Knowles-Carter family.

Others were quick to point out that she would be performing during Coachella while she was pregnant.

Still others welcomed the announcement during a busy week.

But all could agree — Beyoncé having twins is truly a blessing. 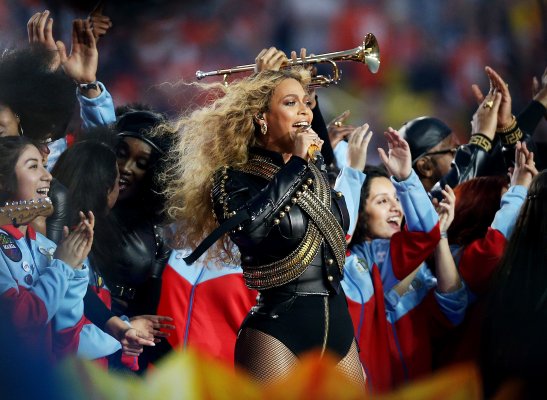 Beyoncé Is Expecting Twins With Husband Jay Z
Next Up: Editor's Pick