Slick, durable, transformable, and a bit small but surprisingly comfortable—all words you might use to describe playing with the new Nintendo Switch. The Japanese firm’s upcoming console is a hybrid device, usable with a big screen television at home or playable on the go as a tablet. As a platform, Switch feels “next-generation,” at least in Nintendo’s renegade sense of the phrase.

It’s a home console. It’s a handheld. It’s a tabletop party game. It’s something you can play without looking at the screen, or in some cases with your eyes closed. It goes wherever you do, delivering the same controls and game experiences you’d expect from a dedicated set-top, thanks to a compact 6.2-inch screen. It’s not interested in the diminishing returns of gaming’s pixel wars, yet manages to serve up spectacular visuals far more in tune with modern expectations than the Wii’s were when that system arrived over a decade ago.

I spent several hours with the system at a Nintendo event in New York City Jan. 13. My takeaway: Switch seems an idiosyncratic, all-in-one device that knows precisely what it wants to be, namely a system obsessed with eliciting gasps of surprise. “Wants to be” remains the operative phrase, of course, a few months from Switch’s March 3 release. That’s usually the case with any new technology product; The difference here is that no one quite bets the farm on novelty the way Nintendo does.

The game to watch at launch is ironically the one that least explains the most interesting aspects of the Switch. Nintendo’s The Legend of Zelda: Breath of the Wild looks vibrant and gargantuan, and is clearly the game devoted Nintendo fans want most to play. And playing it in all the Switch modes—TV to handheld—is literally a snap. The system is reasonably light but feels very high quality, its moving parts all snap in or out seamlessly. And the tablet screen itself is as bright and colorful as any that tops out at 720p is likely to get. I’m not not sure it’d survive being hurled to the floor repeatedly, like the original Game Boy, but it definitely doesn’t feel like a toy.

That’s to say all the switching mechanics of the system work as expected. Gamers have already romped in sprawling open worlds, scaled distant cloud-capped mountains, felt the frisson of stepping into whopping and improbably detailed virtual landscapes where “You can go anywhere you can see!” I have no doubt the new Zelda’s going to be a juggernaut, and I can’t wait to vanish into its depths. But it’s clearly the “I can play this anywhere!” part of the Switch’s raison d’etre that sets this console apart.

Titles like 1-2 Switch and Snipperclips feel like the Switch’s “one more thing.” 1-2 Switch in particular feels like a next-gen Wii game. The system’s detachable left and right “Joy-Con” controllers are shared by a pair of players to compete or cooperate in a medley of quirky mini-games. These encourage you to look away from the screen and at each other—or nothing at all. All the play takes place controllers in hand, with the Switch keeping score nearby. What makes it work is the haptic rumble engine in the controllers. The technology is subtle enough that your hands can detect, for instance, whether you’re properly pulling down on a cow’s udder (yes, there’s a cow-milking mini-game), or feeling objects like marbles thunking around as you tilt the wands left or right.

Or take Snipperclips, in which two players each take a Joy-Con, then swivel them 90 degrees sideways, like an old-school NES gamepad. They then have to work to solve puzzles by “cutting” onscreen avatars into what amounts to movable tools. All of which culminates in on-the-fly Rube Goldeberg contraptions. Players have to communicate by actually talking to each other, face to face, debating what to do next, a hallmark of Nintendo’s person-to-person design philosophy.

To me, it seems the company’s hoping to use what I’ll call “core appeal” games like The Legend of Zelda: Breath of the Wild or Super Mario Odyssey, due in late-2017, to get the $299 system into enthusiast gamers’ hands at launch. When those gamers break 1-2 Switch or Snipperclips out at parties or family gatherings, exposing Switch to casual demographic, I assume Nintendo hopes there’s a big pool of interest lying in wait and untapped. It worked for the original Wii.

Of course, it’ll come down to developers creating enthralling Switch software. “What do I play next?” needs a series of knockout answers, and fast. In a world brimming with content on dozens of possible platforms that by themselves cater to many of the discrete boxes a device like Switch checks, content matters. Nintendo has some of the strongest franchises in entertainment, but it probably can’t underwrite the Switch’s future all alone. (The Wii U’s travails made this painfully clear.)

Will we see games like Rockstar’s Red Dead Redemption 2 or EA’s Battlefield and Battlefront series on Switch? They’re not at the top of my personal list, but it’d be foolish to pretend they’re on no one else’s. That feels like the big question at this point: Is the Switch your only system? Or the thing you sometimes play when you’re not plugged into another set-top?

I’m looking forward to finding out. 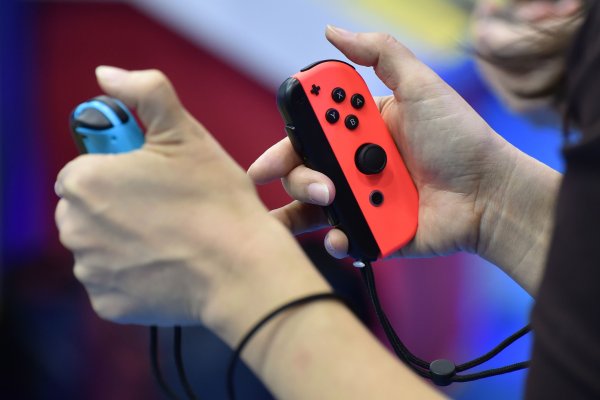 Nintendo is Launching a New Online Service to Take On Xbox Live and PlayStation Network
Next Up: Editor's Pick