The Anti-Defamation League condemned President-elect Donald Trump’s tweet questioning whether we are living in Nazi Germany, calling the analogy “inappropriate.”

“The President-elect’s use of Nazi Germany to make a political analogy is not only an inappropriate comparison on the merits, but it also coarsens our discourse and diminishes the horror of the Holocaust,” ADL CEO Jonathan Greenblatt said in a statement.

Reports alleging that Russia had compromising information on Trump prompted the President-elect to set off on a tweetstorm Wednesday morning to vehemently deny any ties to the Kremlin and question whether he was “living in Nazi Germany.”

“Intelligence agencies should never have allowed this fake news to ‘leak’ into the public,” Trump wrote. “One last shot at me. Are we living in Nazi Germany?” 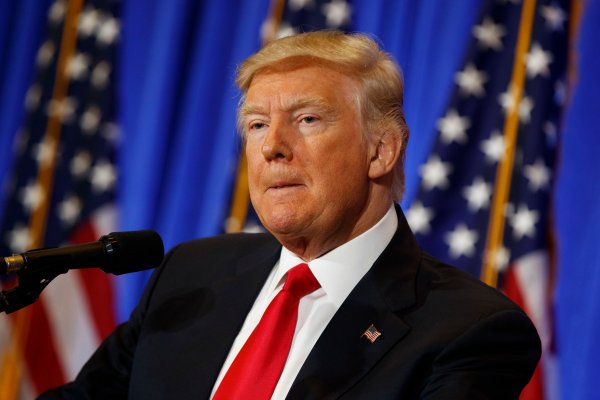 Experts: Trump's Plan on Conflicts of Interest Falls Short
Next Up: Editor's Pick