What Donald Trump Learned from Reality TV About Captivating Audiences

Who needs reality TV when reality itself gives us so many narrative twists?

That’s the question NBC, in bringing back its Celebrity Apprentice franchise with new host Arnold Schwarzenegger, seems not to have considered. The show’s previous host, Donald Trump, has spent a small portion of his presidential transition period crowing about the new show’s dismal decline in ratings. Referring to himself as “the ratings machine,” Trump mocked the actor and former California governor: “So much for…being a movie star.”

But the show’s further decline has little to do with Schwarzenegger. The fact is that The Celebrity Apprentice had been off its peak for years even when Trump was last on the show in 2015. Instead, it indicates just how much the reality genre has changed. Trump, in his ability to get attention for himself, seems to understand something NBC does not: that as much as the audience may want to see real, authentically flawed people, it demands above all to be kept in suspense, to be tantalized with the promise (or threat) of things veering off script.

The New Celebrity Apprentice feels like a dispatch from another era thanks to its adherence to a staid format. The marketing leading up to the premiere, earlier this month, hinged on the question of what “catchphrase” of Schwarzenegger’s would replace Trump’s “You’re fired.” Who cares? The challenges the new Apprentice competitors, including singer Boy George and boxer Laila Ali, take part in meanwhile are pointless enterprises like creating a “meet-and-greet experience” for a cosmetics line or a commercial for chewing gum. This stagy busy work is in the show’s DNA. But these tasks take up so much airtime that there’s little possibility for anything vivid, mean, or eye-catchingly odd—any of the hallmarks of great contemporary reality TV—to sneak through.

The reality TV that works best nowadays deals drama with a heavy hand, unburdened by structure. On Bravo’s many iterations of The Real Housewives, fights spiral into narrative arcs and groups of friends disassemble and reconstitute from episode to episode. On Keeping Up With the Kardashians, a show that uses its cast members’ incident-filled lives as grist for melodrama more heightened year after year. It’s these shows and their many imitators, not Apprentice, that the culture is responding to. And it’s these shows, not coincidentally, that most resemble Trump’s approach to the grand story of his life, with its wending narrative and its unsubtle demonstrations of resentments.

When The Apprentice launched in 2004, by contrast, it fit very neatly into the reality-TV vanguard of the time. Its reliance on formula, culminating every episode in the elimination of the competitor deemed least worthy, was matched elsewhere by hits like Survivor (in which the least strategic were evicted from island living at the end of every televised hour), The Bachelor (featuring a rigorous culling-down of the dating pool), and American Idol (in which the least popular singer was booted, with clockwork regularity, once a week). Cable counterparts like The Osbournes and Newlyweds: Nick and Jessica were also explicitly modeled on retro formats, sitcoms rather than game shows, about the happy family lives of celebrities. All of these shows were just revolutionary enough. They did, after all, reward virtue: intelligence, resourcefulness, musical talent, lovability.

Turns out meritocracy is less fun than Darwinistic drama. Idol, once TV’s defining hit, is now cancelled, replaced by The Voice, with its focus not on contestants rather than the ongoing rivalry between its pop-star judges. The Bachelor has become a seasons’-long soap opera featuring endless returning heroes and villains. Survivor has reinvented itself several times through the introduction of game-destabilizing twists. Only The Apprentice, which has introduced celebrities into its casting pool but otherwise remains solidly rooted in format, represents the unchanged early legacy of broadcast reality.

Reality TV’s emergence from its early wilderness days is creditable to Mark Burnett, the impresario behind Survivor and The Apprentice, on which he’s credited as a producer along with the president-elect. Burnett squeezed human moments into a Hollywood-ready package—on a desert island or in the boardroom—and stripped away the tendency to privilege what some call identity politics. (On MTV’s original The Real World, which lacked the sophisticated packaging of the competition shows to come later, difference was a catalyst for frank conversation; on The Apprentice, it simply represented weakness.) The most-talked-about reality television today merges both forms, reclaiming the sense that anything can happen at any time and peppering in a Hollywood packager’s gift for casting, editing and foreshadowing.

Indeed, as a reality TV persona, Trump was an increasingly poor fit for The Apprentice. His disengagement from the episode-ending firings grew more noticeable, and he made vastly more news (and became a more viable “ratings machine”) as a political commentator, rabble-rouser, and eventual candidate. He was playing a character from 2000s reality TV, with its simple and easily understood through-lines building to a resolution, who intuitively seemed to understand the 2010s mode, in which chaos is a satisfying way to break through cant.

It’s a lesson Trump appears to have learned well from the various Real Housewives—NeNe Leakes, Kenya Moore, Brandi Glanville and others—who passed through The Celebrity Apprentice as well as from Omarosa, the infamous Apprentice villainess who’ll be working in his White House. Agents of dissent all, they knew how to keep storylines going. Judging by the freewheeling press conference he held Jan. 11, Trump is clearly taking these lessons with him into the Oval Office.

The fighting, on reality TV, isn’t supposed to stop. Catharsis is now the genre’s only taboo. The thing Schwarzenegger, taking the gig, didn’t understand is that standing in the way of madness makes him the enemy. So much for being a reality-TV star. 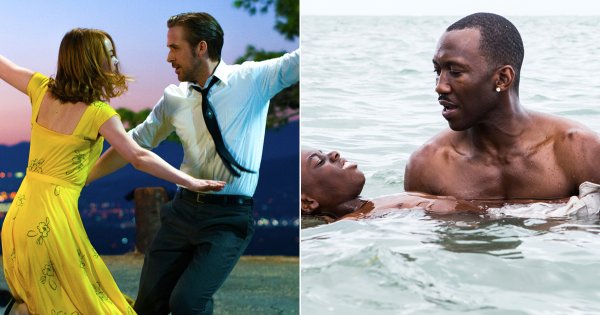 What the Golden Globe Winners Really Mean for the Oscars
Next Up: Editor's Pick