Fans of Carrie Fisher have been mourning the actor and writer since her death on Dec. 27 at age 60. From the thousands of tweets to parents dressing their daughters up as Princess Leia, her best-known role.

Now there is a Change.org petition online asking Disney, which bought Lucasfilm in 2012, to officially crown Fisher’s Star Wars character as an official Disney Princess.

“After the tragic lose of Carrie Fisher, we feel that it is only fitting for Disney to do away with the rule that an official Disney princess must be animated,” the petition addressing Disney CEO Bob Iger reads. “This would be a wonderful way to remember Carrie and a welcoming to one of Disney’s new properties that is beloved by millions.”

Cody Christensen, a father of five daughters who started the campaign, told the website GeekExchange that Princess Leia would make a good addition to Disney’s character lineup, which includes Snow White, Cinderella, Tiana and Merida from Pixar’s Brave.

“We are big fans of the current Princess line-up, but I think that Leia is a really strong, positive, awesome role model for my girls,” he said.

The Disney Princess franchise — separate from individual Disney “princesses” — was first conceived in 2000, according to CBS. But not every female lead from Disney’s animated titles is necessarily made an official princess, take Frozen’s Elsa, for example.

By late Wednesday, more than 30,000 people had signed their names to the petition. Disney is yet to respond to the request from Christensen and his fellow signatories. 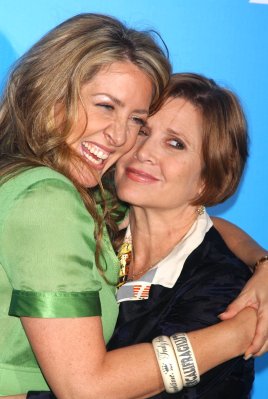 'I Lost My Hero.' Joely Fisher Remembers Carrie
Next Up: Editor's Pick