Taraji P. Henson on Representation in Hollywood: 'Hopefully the Work That I'm Doing Will Change Things'

In an actor roundtable interview for The Hollywood Reporter, Taraji P. Henson addressed what her experience has been like working as a black woman in the entertainment industry.

Henson, who’s beloved by fans everywhere for her feisty portrayal of matriarch Cookie Lyons on the hit show Empire, is currently getting plenty of awards season buzz for her role as NASA mathematician Katherine Johnson in Hidden Figures.

When asked about whether or not the industry was doing enough for black actors, Henson has a nuanced response.

“Have we seen enough representation of African-American stories? No. But has Hollywood been horrible to me? No. I’ve worked,” she said. “Did I get paid what I deserve? That is the question we should be talking about. But I can’t take that on because I have worked and I’ve seen my career do this. So I never wallow in the muck and say, “Oh, it’s hard.” That’s a given. I can’t take this skin off. We know what the deal is. You understand? So I’m not going to make it an issue. I’m going to work my a-s off and hopefully the work that I’m doing will change things, will make it better for the next one coming behind me. You let me in, give me an inch, I’ll take a mile. I’ve come a long way.”

Fellow roundtable member Amy Adams chimed in, suggesting that producers have the power to change how the industry works regarding inclusion and the gender gap.

“Who you should be asking is the producer round table: ‘Do you think minorities are under-represented? Do you think women are underpaid?’” Adams said. “[Actresses] are always put on the chopping block to put our opinion out there, and that question is never asked. I’m like, ‘Why don’t you ask them and then have their statements be the headlines in the press?’ I don’t want to be a headline anymore about pay equality.” 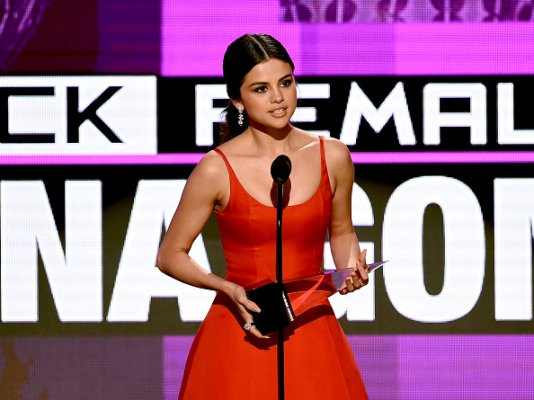