A recent study has revealed a weight-loss trick that couldn’t be simpler: Turn down the volume in your environment (or your earbuds), and listen to yourself chew.

The findings of the study suggest that you’ll eat less if you’re more aware of the noise your food makes while you’re chomping away—a concept the researchers have coined the crunch effect.

Listening to yourself chew may seem odd at first, because most of us don’t pay much attention to the cacophony in our mouths. Noise is a sensory cue we tend to overlook when we’re eating, the study authors explained in a news release. According to Ryan Elder, an assistant professor of marketing at Brigham Young University’s Marriott School of Management, sound is known as “the forgotten food sense.”

Health.com: 49 Ways to Trick Yourself Into Feeling Full

To learn more about its potential impact on our eating habits, Elder, together with his colleague Gina Mohr, an assistant professor of marketing at Colorado State University, conducted a series of experiments.

In one trial, one group of participants wore headphones playing loud music while they snacked on pretzels, and another wore headphones playing quiet music while they grazed. The result: The louder music disguised the sounds of mastication, and people in the first group ate more pretzels on average. In another experiment, the researchers found that when the participants simply imagined chewing noises they consumed less.

Health.com: How Putting a Mirror in Your Dining Room Might Help You Lose Weight

The takeaway? Being mindful of your munching could lead you to have fewer chips, or cookies, or nuts. And that so-called crunch effect can make a difference in the long-term. As Elder put it, “over the course of a week, month, or year, it could really add up.” 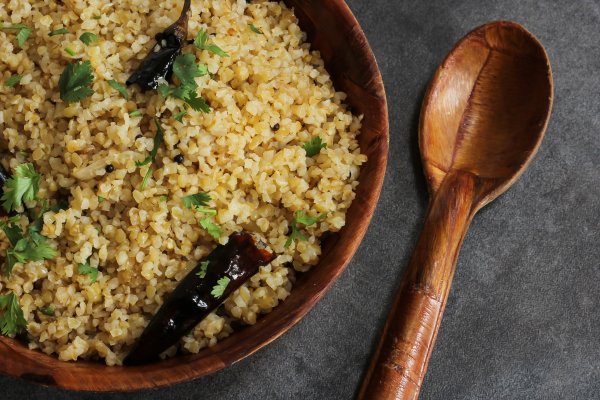