People Are Not Ready to Cut Out Meat, Despite Cancer Risk

The World Health Organization (WHO) report saying processed meat was “carcinogenic to humans” has made little impact on the hundreds of visitors frequenting London’s oldest food bazaar, Borough Market.

From the southwest entrance of the 19th century market, it is hard to miss the aroma of grilled meat coming from the stalls selling bacon sandwiches, meat-filled empanadas or sausage rolls – all containing meats that the WHO says are linked to cancer.

The report recommends people limit their intake of red meat or processed meat, but most are not ready to change. “If a steak is what you pine for when you wake up, then go have a steak,” says James Dowers, an insolvency practitioner from London. “I haven’t read all the documents by the WHO, but that wouldn’t stop me because there are many things that are bad for us.” The 41-year-old, who eats red meat six times a week, noted that countries like the U.K., Germany, Italy and Switzerland have a meat-eating culture. “We have been eating red meat for ages, this is not going to stop us.”

The WHO says that processed meat, such as bacon, hot dogs and ham, is as dangerous as formaldehyde, arsenic or tobacco. The International Agency for Research on Cancer, which gives recommendations based on cancer risk for the WHO, also classified red meat as “probably” carcinogenic to humans, but said the evidence was not conclusive.

Jessica Grigg does not take much notice of the “numerous health warnings” and often contradictory scientific studies published over the years. The 58-year-old from Cornwall, U.K., has been eating processed meat for most of her life and won’t be stopping anytime soon. “I was brought up on sausages, bacon, beef and lamb, and I’m still here,” says Grigg.

Alex Dab, 28, says the only way the WHO can change people’s eating habits is by long-term publicity similar to the antismoking campaign. “Fifty years ago they said smoking was bad and people didn’t care. Today more people know smoking causes cancer and don’t do it.”

“Everything should be eaten in moderation,” says Alek Kolga, 29. To him, WHO’s statements add weight to what is already common knowledge: too much meat is bad for you. “I really should eat less of it though,” says Kolga, as he bought charcuterie from the Parma Ham and Mozzarella Stand. 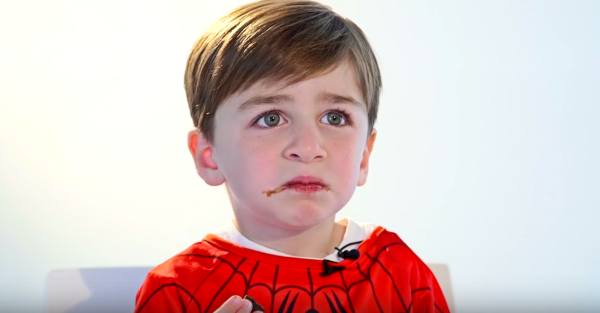 Here's What Happens When Kids Taste-Test Artisanal Chocolate
Next Up: Editor's Pick