Back in June, we revealed that Brownie Batter Oreos were on the way, and today, Aug. 10, the sweet treat officially goes on sale nationwide.

We’re delighted to reveal that these cookies are delicious. A package made its way to the TIME offices, where we conducted an informal taste test. The feedback was pretty consistent: these really do taste like brownie batter.

First of all, a quick note: the best way to taste the brownie flavor is to pull the cookies apart and eat the filling on its own. Otherwise, you might just get more of an overwhelming chocolate flavor instead of that more specific brownie taste.

After trying one of these bad boys, one TIME staffer said, “there’s a lingering brownie taste” and that “you really get a lot from one cookie.” Another agreed, but said she could easily eat four or five more.

Another staffer said it tasted and smelled so much like a brownie that she was actually a bit weirded out. “I can tell it’s a fake flavoring,” she said, “but I’m enjoying myself all the same.”

Oreo has come out with a ton of crazy flavors lately—cotton candy, pumpkin spice, s’mores, red velvet—but this one really has the potential to withstand the test of time.

“With flavors like pumpkin spice, it seems like they’re just doing it for the seasonal theme,” one TIME staffer noted. “But this, this is actually just a really good cookie.” 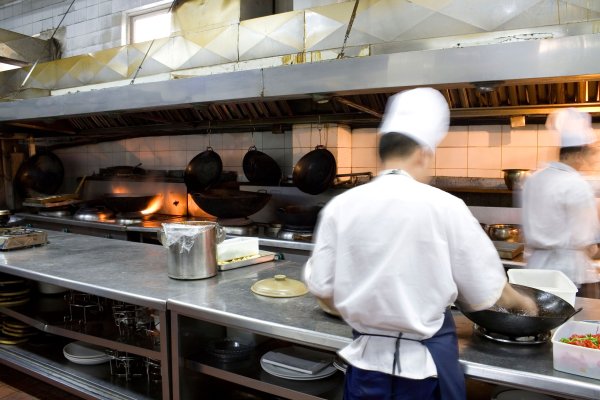 There's a Serious Shortage of Chefs in U.S. Restaurants
Next Up: Editor's Pick