This Is the Best Way to Cook Bacon

No, we’re not trying to deprive you of one of life’s greatest pleasures: cooking bacon in a hot cast iron skillet, watching it curl into crimped little ribbons, smelling it waft up in fierce, meaty clouds, and hearing it sputter and stutter like a seventh grade boy asking a girl to the movies.

Because as glorious as cooking bacon on the stove can be, it’s also a mess. There’s grease all over the kitchen, and all over you. And because a pan is only so big, making a heaping plate of bacon is something that takes a while—and will leave you smelling like a high-end dog toy. Instead, you should bake your bacon.

Here’s how: heat your oven to 400° F, put slices of bacon on a baking sheet—as many as you’d like, just make sure they fit in one layer—and slide it into the oven. The bacon will sizzle in its own rendered fat, cooking evenly. Just 15 minutes or so later, you’ll have those perfect little pork ribbons—with minimal cleanup.

Bonus points: Carefully pour the hot bacon fat into a jar, and store in the fridge. Use as you would lard or butter. Expect awesome, bacon-y flavor.

This article originally appeared on Food52 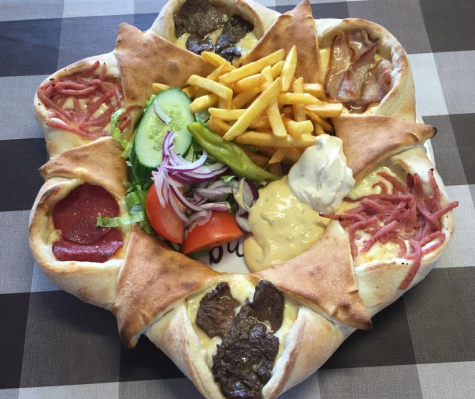 This Pizza Is Filled With 6 Pockets of Cheese and Meat
Next Up: Editor's Pick