As Sheryl Sandberg likes to say, if a woman can’t find a partner, she should consider another woman—for the sake of equality, of course. Study after study shows that same-sex couples are more egalitarian, meaning they split chores, decisions and finances more evenly than the rest of us.

Us hetero gals aren’t so lucky, at least not yet. While the men in our lives may want to be all 50/50 when it comes to work and chores (and indeed, some of them are) it just doesn’t usually happen that way in practice. Gender roles run deep, and women still do the vast majority of the domestic work.

But if 2014 was the year of the female protagonist, then this will be the year of male feminist as icon. I’m not talking about men marching down Fifth Avenue (though I’d welcome it) but subtly adapting to the way things ought to be: New research shows there are more stay-at-home dads now than ever; and men of all walks are demanding more in the way of work-life balance, even if it means ridicule from their peers (or ignorant talk radio hosts).

Men are suiting up for more than just the rec football league—they’re suiting up in the kitchen. And if they’re cooking, it means they’re probably cleaning too, which would explain why proud fathers and sensitive betas are suddenly dominating the ad world, too. (Swiffer? A guy’s gotta mop the floor. Nissan SUV? It’s for shuttling kids to soccer practice, obviously.)

Now they’re entering the feminist Public Service Announcement circuit, which typically gets very active around this time of year. (It’s Women’s History Month, after all.) There is a new film, The Mask You Live In, that tackles our narrow definitions of masculinity. (It’s available for screenings in schools). There is a three-day conference—the first ever to take on “masculinities studies”— in New York City the first weekend in March. There is a campaign from the United Nations, He for She, to engage men on the topic of gender equality. You may remember the rousing opening speech to the campaign, from non-man but one of that gender’s favorite people, Emma Watson.

And now there is Lean In Together, a partnership between Sheryl Sandberg’s women’s nonprofit, LeanIn.org (where, in full disclosure, I am a contributing editor) and the NBA, to encourage men to support women at home and work. As Sandberg and business professor Adam Grant put it in a New York Times op-ed, the final in a four-part series on women and work, “equality is not a zero-sum game.” In other words: It’s good for men, too.

It’s easy to understand how women benefit from men doing their share both at home and at the office. When men chip in at home, women thrive at work (and feel less resentful and guilty). When men advocate for female colleagues in the office, women rise up. Yet beyond the obvious—that, uh, it’s the right thing to do—how do men benefit from the extra effort?

From raising healthier daughters to more sex at home, here are eight reasons why men supporting women is actually good for men.

1. Sex. You’ll Have More of It.
Call it the economics of choreplay: women are turned on by the idea of a man with his elbows up to suds. Sure, maybe they have a Mr Clean fetish, or maybe they’re just freaking exhausted, and not having to do the dishes for one night might put her in the mood. These days, women are the primary or co-breadwinners in two-thirds of American households, yet only 9% of dual-income marriages share childcare, housework and breadwinning evenly. Which means that when the first shift (work) is over, the second shift (home, dinner, laundry, dishes) begins. Which puts this next statistic into context: When couples share chores and breadwinning more equally, divorce rates go down. Men who share in dishwashing and diaper changing have happier wives, and more stable marriages.

When marriages are happy, couples, ahem, have more sex. So, the laundry: strip down and toss it in.

2. Your Daughters Will Have Higher Self-Esteem.
Engaged fatherhood is good for all kids: tots of more involved dads are better off cognitively, emotionally, socially and, ultimately, educationally and economically. But fathers have a particularly measurable impact on girls, whose self esteem develops —and then often falls—as early as middle school. Daughters with active fathers have more autonomy. They are more empowered. And if they watch their dad do chores, they’re actually more likely to aim higher. As Sandberg and Grant write, a study by a University of British Columbia psychologist found that when fathers shouldered an equal share of housework, their daughters were less likely to limit their aspirations to stereotypically female occupations (like nurse or teacher). “What mattered most was what fathers did, not what they said; no amount of saying ‘you can do anything’ is as compelling for a daughter as witnessing true partnership between her parents,” they write. For a girl to believe she has the same opportunities as boys, it makes a big difference to see Dad doing the dishes.”

3. You’ll Breed Feminist Sons.
And that will start the cycle over, as studies have found that boys who grow up in more equal homes are more likely to create equal homes as adults. As Sandberg and Grant point out, the flip is true too: sons reap rewards when their mothers have meaningful roles at work.

4. You’ll Be Happier.
This one’s for dads: Employed fathers who spend more time at home with their kids actually feel greater job satisfaction and less work-life conflict, according to a recent study. They’re also less likely to consider quitting their jobs.

5. You’ll Live Longer.
Caring for kids has been shown to make men more patient (ha!), empathetic and flexible, as well as lower their rates of substance abuse. Fatherhood has also been linked to lower blood pressure and lower rates of heart disease. But also: there’s longevity, even if you don’t have kids. Studies have found that there’s a longevity boost for men (and women) who provide care and emotional support to their partners.

6. You’ll Be More Successful At Work.
Know this, male bosses: diverse teams perform better. And when it comes to women specifically, here are a few attributes: they put in more effort, stay longer on the job, take fewer unnecessary risks, and collaborate more. (It’s no surprise, perhaps, that successful venture-backed start-ups have more than double the median proportion of female executives to failed ones.) But this isn’t just about women: companies that have family-friendly work environments are actually more productive, and higher employee retention.

7. Your Company Will be More Profitable.
Companies with more women in leadership perform better — full stop. Twenty-five percent of U.S. GDP growth since 1970 is attributed to women entering the paid workforce, and economists estimate that bringing more women into the workforce could raise GDP by 5%.

8. You’ll Get a Free Pass to the Revolution.
And free passes rock.
Jessica Bennett is a contributing columnist at Time.com covering the intersection of gender, sexuality, business and pop culture. She writes regularly for the New York Times and is a contributing editor on special projects for Sheryl Sandberg’s women’s nonprofit, Lean In. You can follow her @jess7bennett. 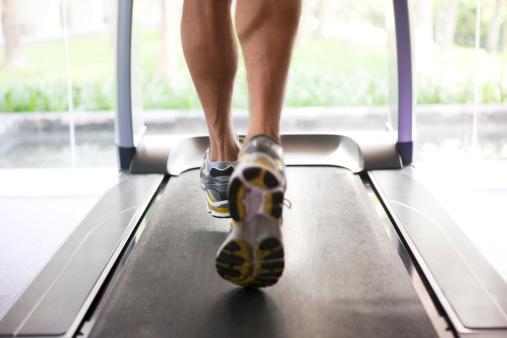 3 Habits Productive People Find Time for Every Day
Next Up: Editor's Pick