Want to take your workout to the next level? Consider adding deadlifts to your strength routine.

A new study published in the Journal of Strength and Conditioning Research found that folks who performed the exercise twice weekly for 10 weeks experienced an uptick in torque capacities in both knee extensors and flexors, which were associated with improvements in vertical jump height. In other words, they got faster and had more power when performing explosive movements.

What’s more, “improving maximal force output with large muscle mass exercises is likely to have carryover to other dynamic movements such as sprinting and box jumps,” explains study author Matt Stock, Assistant Professor in the Department of Health, Exercise & Sport Sciences at Texas Tech University in Lubbock—which is great news if you’ve been working to master plyometric moves.

Performing a deadlift isn’t just good for putting some power behind your next sweat session. “It has huge allover benefits,” says Faheem Mujahid, owner and master trainer at Influence Atelier in Miami. “Not only does the majority of the exercise isolate and target the glutes and the hamstrings, but the quadriceps are involved as well, by helping to extend the knee joint. Plus, it is one of the few exercises that works the adductor magnus, which helps provide leg stability.”

Stock adds: “It is particularly useful because it relies heavily on our often forgotten about muscles of the ‘posterior chain’—the hamstrings, glutes, and spinal erectors. Ignoring these muscles within an exercise program has potentially dangerous consequences, particularly as we age and for knee health during sports.”

Effective as they may be, deadlifts can wreak havoc on your back if done incorrectly. The key to getting them right: Really working to engage the transverse abdominis muscles. “If that’s not happening, all the pressure will hit the spine, which is a big no-no,” says Mujahid. “When the transverse abs are engaged properly, it automatically engages the thoracic lumbar fascia [muscle in the lower spine] at the same time, which offers spine protection.”

HEALTH.COM: 25 Exercises You Can Do Anywhere

How do you know if you’ve got a handle on your core? Try this trick that Mujahid uses with his clients: “I tie a piece of yarn or a pair of shoelaces in a knot around my client’s waist. Whenever the core isn’t engaged, my client will feel pressure from the string,” he explains. “Feeling that contraction against the core gives them a little reminder to pull in that belly button.”

HEALTH.COM: 7 Moves for a Better Butt 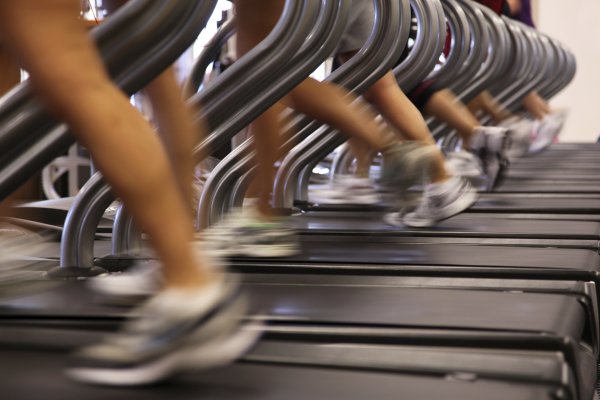 How Much to Exercise
Next Up: Editor's Pick