Bacteria Thrive For Days On Airplanes

Every time you take your seat on an airplane flight, you’re traveling with some hidden companions, courtesy of the passengers (or more likely the passengers) who came before you.

No surprise that airline cabins, from the seats to the seat pockets and the tray tables and lavatories, are blanketed with germs. Here’s a scary fact – the average human loses 30,000 to 40,000 skin cells every hour, and our skin is covered in bacteria – some of which are harmful. An estimated 1% to 2% of people in the U.S. may be carriers of methicillin resistant staphylococcus aureus (MRSA), for example, which can produce sores on the skin and be life-threatening if it enters the bloodstream, many without showing any symptoms. So imagine what you leave behind on a transcontinental flight. But can those discarded cells make you sick?

MORE: Antibiotic Resistant Genes Are Everywhere, Even in Arctic Ice

The first step to answering that question is figuring out if the microbes can actually survive long enough in a plane cabin for unwitting passengers to get infected. And researchers at Auburn University confirmed that yes, the bugs are pretty good at making practically every surface in a plane their home. Kiril Vaglenov, a post doctoral fellow in materials engineering, and his colleagues did what most of us wish we could before every flight – in the lab, they sterilized six surfaces normally found in a cabin, from the seats to the toilet handles by irradiating them with gamma radiation. Then they did something none of us would – they intentionally infected these surfaces with some unwelcome bugs – MRSA and E. coli 0157, which causes severe diarrheal disease.

MRSA found the seat pocket material a particularly cozy habitat, surviving for as long as 168 hours there, while E. coli preferred the rubber armrest, where it lived for up to 96 hours. But the most hospitable surfaces for keeping the microbes alive weren’t necessarily the most dangerous ones for picking up the bugs. Vaglenov used pig skin as a proxy for human hosts (who wants to intentionally exposed themselves to MRSA or E. coli?) and used simulated saliva and sweat solutions containing the microbes. He found that the more porous the surface, the longer the bacteria survived, and the lower their ability to infect, since the microbes tended to burrow deep in the threads and pores of the material. So the non-porous metal flush button in the bathroom, for example, was more likely to transmit microbes than the seat pocket, even though bacteria could survive longer in the seat pocket. Here’s the breakdown of the germiest surfaces in the cabin:

“The findings are potentially a call to arms for the airline industry who may wish to take a page from the healthcare industry and apply cleaning products or use antimicrobial fabrics in the cabin,” says Michael Schmidt, professor of microbiology and immunology at the Medical University of South Carolina who studies antimicrobial strategies and was not involved in the study.

The lesson? Just as they do in hospitals, where they can live for up to a year, bacteria are quite at home in a plane. Which means that they can easily jump from a tray table to a passenger and cause disease. “If the bacteria do not survive there is no transmission,” says Vaglenov, who presented the results at the annual meeting of the American Society for Microbiology. “And there is no infection if the bacteria are not transmitted in an viable state. We found they survive and they are viable.”

MORE: What You Need to Know About Staph

In this study, he did not test the levels of the bacteria after the disinfection that airlines do, but he plans to do that using less dangerous strains of microbes, and human subjects, in future studies.

In the meantime, he says, it makes sense for the airline industry to consider whether different sanitation strategies are needed to protect passengers. Hospitals use peroxide vapors or ultraviolet light to penetrate fabrics found in furniture to ferret out microbes, for instance. As the cruise industry learned with the norovirus, microbes are quite good at turning confined spaces packed with inviting human hosts into a playground of infection. 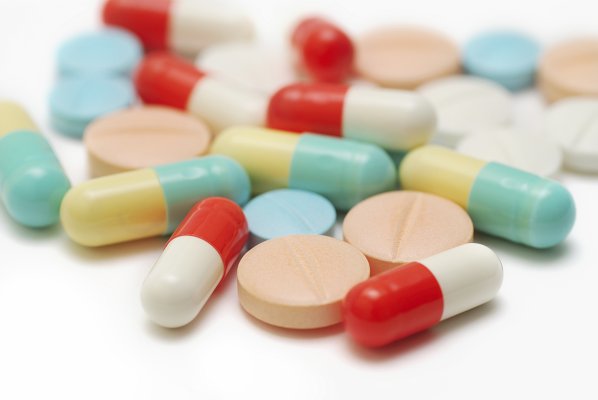 New Access To Experimental Drugs For Terminally Ill Patients
Next Up: Editor's Pick