Antibiotic Resistant Genes Are Everywhere, Even in Arctic Ice

If you follow the news you’re probably familiar with the ways humans have driven the microbes of the world to unite and become resistant to the antibiotic drugs developed against them. We prescribe antibiotics for every little infection, driving the bacteria to mutate in order to survive. Overuse of antibiotics to keep agricultural animals like cows and chickens healthy and plump just push the bugs to mutate faster. And adding antibacterial agents in things like hand soaps further favors the drug-resistant bugs, helping them to flourish.

MORE: The end of antibiotics?

But in a survey of 71 different environments, researchers led by Joseph Nesme, a graduate student in Environmental Microbial genomics at the University of Lyon in France, found that drug resistance isn’t just the product of man-made forces. Reporting in the journal Current Biology, they found antibiotic resistant genes are already present in locations like Arctic permafrost as well as in waste water and indoor air. The fact that the genes even appear in bugs located in remote locations suggests that they may develop even without antibiotics.

In fact, they may confer some other advantages to bacteria, such as helping them to communicate better, that may keep these around for centuries. “Many of the environmental data sets used in our study are not known to show any history of antibiotic exposure,” says Nesme. “There is no doubt that indeed these antibiotic resistant genes are predating antibiotic usage by humans. The real question is what is causing these genes to become problematic in some cases, and not in others.”

MORE: MEDICINE: The Killers All Around

Based on the study, Nesme suggests that in some cases, bringing different bacteria together that may ordinarily not come in contact may speed the growth of drug resistance. Manure from livestock, full of its own cocktail of microbes, for example, combined with the bacterial populations that populate soil could lead the bugs to swap genetic material, pushing antibiotic resistant genes to become more dominant.

The fact that antibiotic resistance exists only makes the concern about superbugs more urgent. But Nesme also sees a glass-half-full potential in his findings: The wide diversity of microbes that carry antibiotic resistance might also suggest that more powerful antibiotic compounds may also be lurking somewhere in the environment, deep in the oceans or buried in ice. “Yes, antibiotic resistance is everywhere, but that also means that there may be a similarly enormous proportion of antibiotic drugs still to be found,” he says. Let’s hope so. 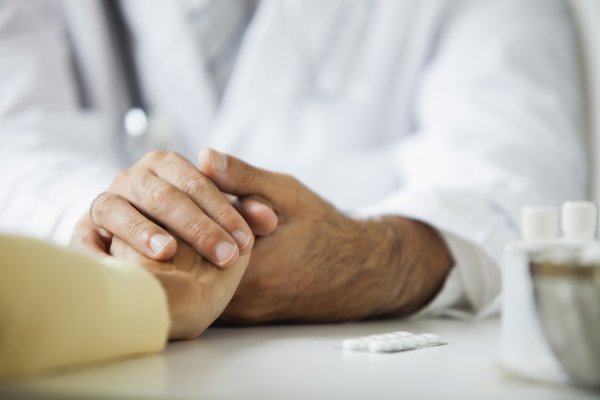 How To Get Paid for Planning Your Death
Next Up: Editor's Pick