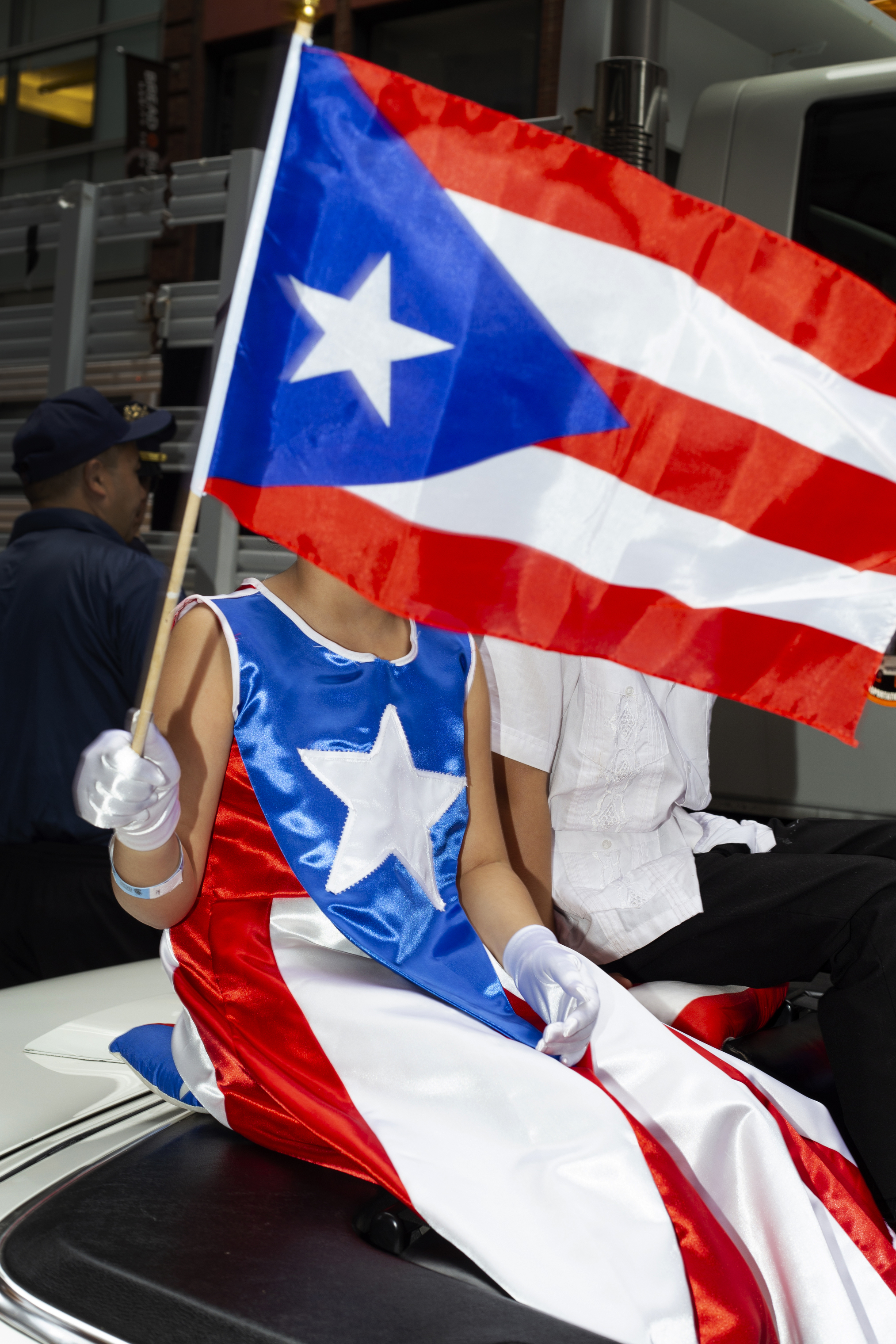 An attendee holds a flag at the National Puerto Rican Day Parade on Fifth Avenue in New York City, on June 10, 2018.
Maridelis Morales Rosado for TIME

Fashion and Healing at This Year's Puerto Rican Day Parade

Text and Photographs by Maridelis Morales Rosado for TIME

Too often am I reminded of the paralyzing fear and overwhelming solace I felt during Hurricane María. It feels like no time at all has passed since Sept. 20, 2017, the day destruction ripped through my home. Despite the devastation, Hurricane María was unable to break what keeps our culture and perseverance strong: unity.

I was born in Bayamón, Puerto Rico. I spent most of my life in Guaynabo after moving there when I was four years old. My parents and most of my family are still living on the island, but I’ve lived outside Puerto Rico for four years, now residing in New York City. Attending and photographing the city’s annual National Puerto Rican Day Parade has become my way to reconnect with my home. Venturing down Fifth Avenue, I use my camera as an opportunity to meet others who share the same pride in their heritage.

Personal style has always been an important part of my life, both as a means of self-expression and in my photography. Clothes are part of the armor that makes me feel prepared to take on the day — a feeling I attribute to growing up in Puerto Rico. Our clothes are how we show who we are at a superficial level, but can act as staples of our background and traditions, like hoop earrings and guayaberas, a traditional dress shirt. During the parade you are surrounded by a sea of the red, white and blue of the Puerto Rican flag, waving in the air and adorned on different items of clothing and decorations. Some wear a black and white version in protest of the changes being made by the Puerto Rican government. Everyone is brought together, showing off their pride in who they are and making the statements they want to share.

This year’s Puerto Rican Day Parade feels more significant than ever. It represents a celebration of coming together as a community and holding each other up through some of the toughest times we have faced. We will mourn the damage the hurricane wrought upon Puerto Rico, as well as the recent report that the storm caused as many as 4,000 deaths, compared to the 64 the government initially reported. As we prepare for another hurricane season that could bring yet more devastation, celebrating where we come from and what we have in each other is vital.

Maridelis Morales Rosado is a Puerto Rican photographer based in New York City. Follow her on Instagram.