2018 Is Going to Be Another Bad Hurricane Season. Here's What to Expect

This year’s hurricane season is going to be strong and slightly above the average, the National Oceanic and Atmospheric Administration announced in its 2018 Atlantic hurricane season forecast.

According to the NOAA Climate Prediction Center, there’s a 75% chance that the 2018 hurricane season will be mostly normal, or a little stronger.

Here’s what we know about the 2018 hurricane season predictions:

When does hurricane season start?

The Atlantic hurricane season starts on June 1 and lasts through Nov. 30 — though it usually peaks between August and September.

The official start date for hurricane season hasn’t seemed to matter much in recent years. In fact, there was at least one named storm prior to June 1 four times in the last six years, according to The Weather Channel.

What are the 2018 hurricane season predictions?

The rate hovers around the average hurricane rate, according to the NOAA. Forecasters said in an average season, there are about 12 named storms, of which six turn into hurricanes, including three major hurricanes.

How bad was hurricane season in 2017?

By the end of the 2017 hurricane season, the storms had caused an estimated $200 billion in damage, according to the NOAA.

Among the most devastating major storms were Hurricanes Harvey, Maria and Irma. Hurricane Harvey wreaked havoc in southeast Texas last August, flooding countless homes and causing multiple deaths in its first days. The storm left at least 300,000 people without power with rain reaching up to nearly 50 inches.

Shortly after Hurricane Harvey devastated Houston and surrounding areas in Texas, Hurricane Irma hit the Caribbean, battering the islands of Antigua and Barbuda, The British Virgin Islands and St. Martin. The storm was quickly followed by Hurricane Jose, which brought even more destruction to the area.

The islands had barely any time to recover before Hurricane Maria blew threw in September, causing massive destruction to Puerto Rico. Millions of people were left without power, which came back slowly over the next three months. The death toll, initially reported to be 64, is thought to be higher than official counts. According to independent reviews, the actual death toll in Puerto Rico exceeded 1,000 people. 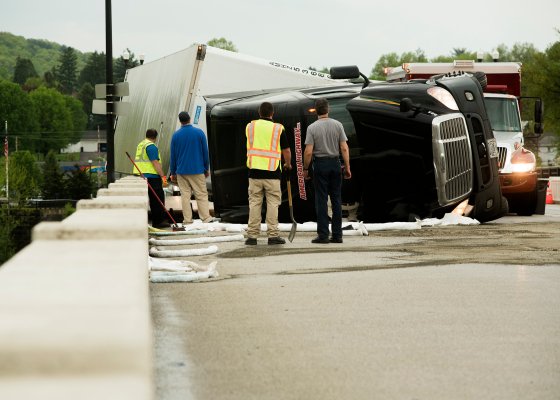