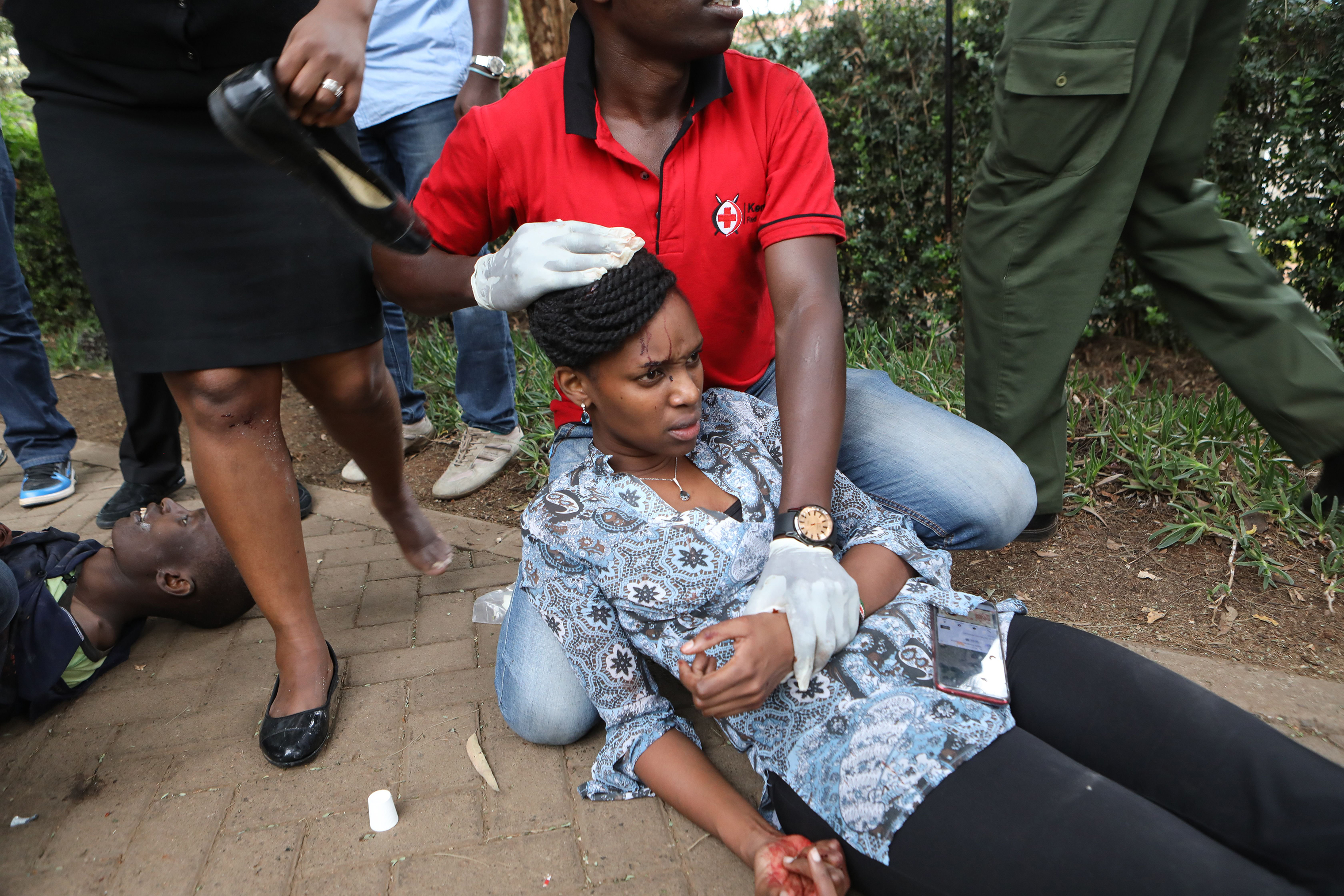 By Maïa Booker and Tara Law

An apparent terrorist attack on an upscale hotel in Nairobi, Kenya, on Jan. 15 killed at least 14 people, according to the country’s President Uhuru Kenyatta, as assailants set off explosions and gunfire on guests.

Kenyatta said in a Wednesday press conference that the suspected gunmen had all been killed. “All the terrorists have been eliminated,” he said while announcing that a siege on the complex had ended.

Police Inspector General Joseph Boinnet said a car had exploded around 3 p.m. local time near the hotel, known as dusitD2 and an assailant had also carried out a suicide attack in the hotel’s foyer. Assailants forced their way inside the hotel and fired on hotel guests with automatic weapons, NTV Kenya reported. A survivor told the channel that many hotel guests tried to hide as the attackers searched the hotel for survivors.

The gunfire continued for at least a few minutes after emergency responders arrived on-scene and black smoke billowed from the building, the Associated Press reported. Police told the AP that they had denoted a car containing explosives. A grenade was also spotted outside the hotel.

A police officer who had responded to the attack told the AP that he saw bodies, but there was “no time to count the dead.”

Somalia-based terror group al-Shabab claimed that it carried out the attack, the AP reported. The hotel complex, which is located in Nairobi’s Westlands neighborhood, is only about a mile away from the Westgate Mall, where al-Shabab killed 67 people in 2013. The terrorist group has killed hundreds of Kenyans since it declared in 2011 that it would retaliate against Kenya for sending troops to fight in Somalia. Although other African nations have sent more troops to fight in the conflict, al-Shabab has focused the majority of its attacks outside of Somalia on Kenya.

Write to Maïa Booker at maia.booker@time.com.