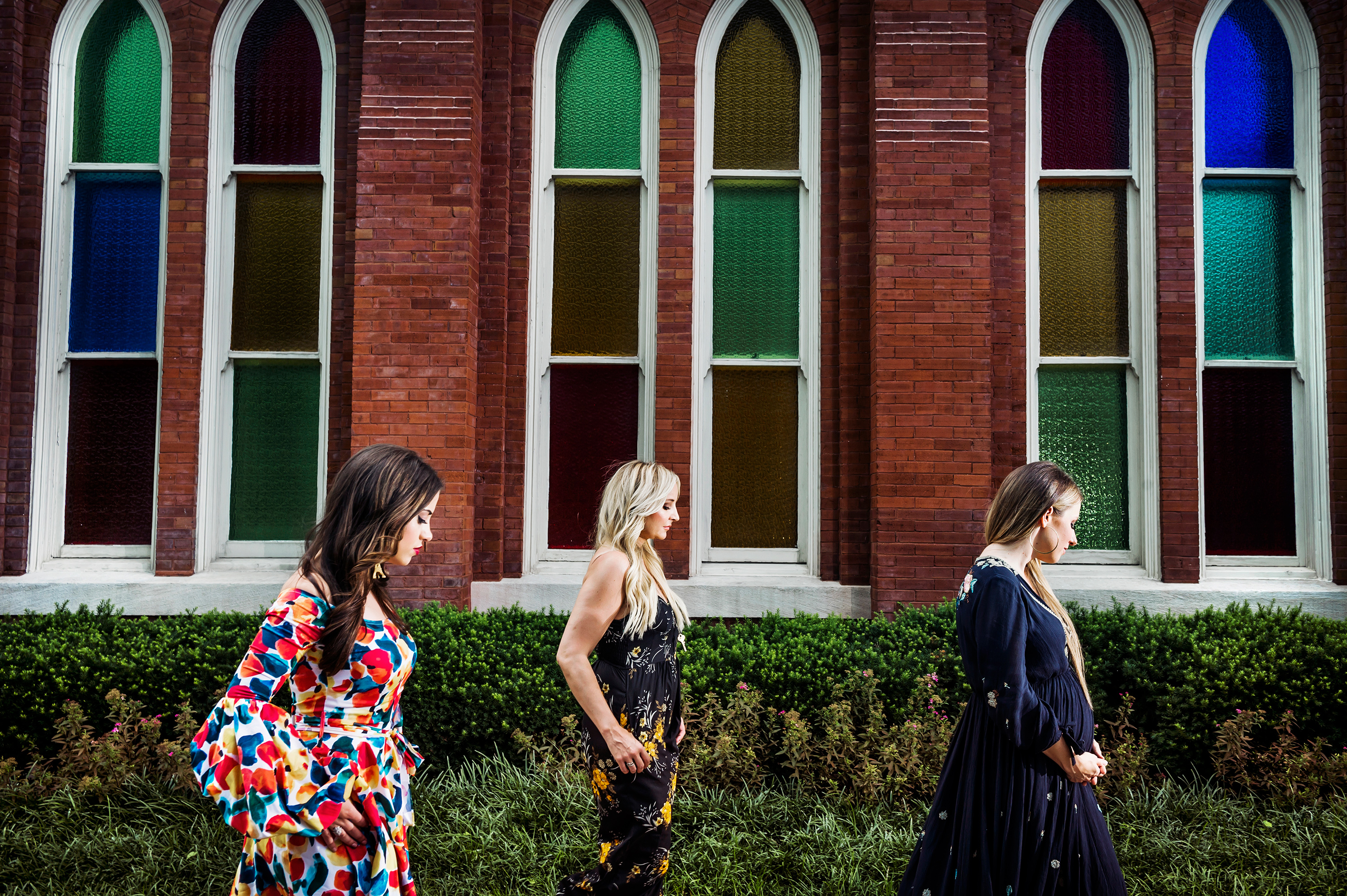 ‘You Think You’ve Seen Everything? Get Ready.’ How the Women of Nashville Are Claiming the Stage

In an incense-hazed Nashville recording studio, Caitlyn Smith, Heather Morgan and Maggie Chapman each pick up a guitar and start a soulful jam. Candles flicker on the coffee table between them. Their voices blend together in harmony — they’re playing “Space,” the wistful song they wrote together — and have the room rapt. That is, until they forget the words. “Sh-t, what is it?” Smith lays her palm over the strings and laughs. “You write a hundred songs a year, and you forget a few.”

Chapman (better known as Mags Duval, her stage name), Morgan and Smith are friends first and collaborators second. Each has independently established herself in Music City as a creative force. Morgan, in her 30s, has written for the likes of Keith Urban, Kenny Chesney, Brett Eldredge and Dierks Bentley; Smith, 32, for Garth Brooks and Meghan Trainor; and Chapman, just 21, for a few big-name performers to be announced soon. Each has recorded music of her own, whether out now or forthcoming. Their artistic gifts are undeniable, yet their paths to success in a town and an industry run by men, like so many of their peers’, have been riddled with obstacles.

“Nashville has been a boy’s club for a really long time,” Chapman says. “It’s just straight-up harder for women,” Smith adds. As a 16-year-old, Chapman was hired into writing rooms with men decades older than her and instructed to spill her secrets. Smith has felt pressure to bar hop with producers. Morgan has been banned from tour busses, where so much writing takes place, because of strict “no girls allowed” rules imposed by band members or their wives. Women still get only a fraction of country music radio time.

Morgan and Smith watch Chapman perform during sound check before the Girls of Nashville summer concert at City Winery.
Dina Litovsky—Redux for TIME

This trio has taken matters into their own hands. Four years ago, after a showcase where Smith performed, the three got to talking about how the talent of their girlfriends in town so mismatched the opportunities they received. A sound operator made a passing suggestion that they bring their friends to perform in a “girls’ night” at the venue, and the seasonal concert series the Girls of Nashville was born. Four times a year, Smith, Morgan and Chapman curate a show where newcomers share the stage with songwriting idols like Kacey Musgraves, Michelle Branch and Liz Rose, a co-writer behind many of Taylor Swift’s hits.

The concerts — and the network they’ve fostered — allow the women to make their own luck. “It’s fun to kind of show off our friends, too, and be like, ‘Oh, you think you’ve seen it all? Get ready,” Morgan says. Artist Maren Morris met bass player Annie Clements at a Girls of Nashville concert, and now they tour together. Lucie Silvas found her drummer, Megan Coleman, at another show. “Writers and artists are all in one little backstage room,” Smith says. “This little love fest happens.”

Once upon a time, a radio consultant went viral for saying that if country music were a salad, the men would be the lettuce and the women would be the tomatoes (toppings that should be scarce by comparison). That was only three years ago. And things haven’t changed: Just one solo female artist appears on Billboard’s end-of-2017 list of the top 20 country radio songs.

“For so long, all the labels in Nashville had three girls signed,” Smith says at lunch, over Brussels sprout salad (with plenty of toppings, and extra nuts on the side). Smith spent years trying to break in as an artist even after she’d established herself as a writer, and heard no again and again. So she released the first half of her album, Starfire, independently — to such success that a major label brought her on to release the full record this January. It’s a critical smash. “We’re seeing this wave of women making their own lane. O.K., labels don’t know what to do with women right now? Well, good thing is we don’t really need labels — we can still make great music and release it.”

Morgan, long accustomed to being the only woman in the room, is following Smith’s example. When she arrived in Nashville, she never imagined she’d become a go-to writer for male country singers. After a decade of lending her words to others, she’s releasing her first record — Borrowed Heart — this fall. “It’s empowering to think that I took my own money that I made writing songs for a bunch of boys and made my own music,” she says.

Her lyrics are poetry brought to life. She shares a few lines from a song she wrote on the fly after a whirlwind weekend with someone new, then tells the others of a recent moment she shared with her dad, when she opened up to him about a heartbreak and broke down in tears. He brought her guitar to her. “He told me, ‘This is when you’re best,’” she says. Smith and Chapman melt.

Chapman brings a pink Polaroid camera to the green room backstage at City Winery, a restaurant and performance space, where the Girls of Nashville summer concert will kick off in a few hours. She starts snapping photos of Smith and Morgan as they get ready for sound check. Her mom is here, and so is her ex-boyfriend — they’ll perform a song together tonight. “It’s complicated,” she says, and the others smile at her. They know everything about each other’s emotional lives. Chapman, younger than the others by more than a decade and already something of a veteran in town, emits a bubbly resilience as she moves around the room. A trainer once told her to tape a photo of someone skinny to her fridge for “inspiration”; she posted a quote from F. Scott Fitzgerald about inner beauty instead.

Soon, a dozen women will stream through the space, stacking guitar cases in one corner, catching up over plates of hummus and fries in another. There’s only one bathroom — a heavily trafficked one — so the women enter in clumps. Morgan and Chapman stand at attention in front of the mirror, checking lipstick lines, while Smith steams her dress hung over the shower wall.

Somewhere in the audience, waiting for them to go on, is a woman named Holly Constant. She’s a songwriter, fresh in town from Los Angeles. She’s chasing the same dream these women are living, and she came to the show alone tonight to watch them shine. Backstage, I mention Constant’s story to Morgan in passing as she zips through last-minute preparation. Later, when she takes her place in front of the microphone, she squints out at the audience and says, “There’s somebody here named Holly — she’s a songwriter, she moved here six months ago, and she’s here by herself. She’s a badass.” The crowd takes a moment to find Constant, who stands and waves, beaming. There’s a moment of applause, just for her.

The feeling in the air after each show is contagious, Smith says. “These girls just do what they do and shine like they shine, and it makes you want to do the same."
Dina Litovsky—Redux for TIME
More Must-Reads From TIME