Garth Brooks is America’s bestselling solo artist, so when he chose to excuse himself from performing for Donald Trump’s presidential inauguration this weekend, there was plenty of talk about the choice—although according to Brooks, the decision was more about logistics than politics.

On a recent Facebook Live answering fan questions, Brooks addressed his decision, since his team told him that more than half of the comments they received were surrounding the inauguration. The hullabaloo began when reporters approached him in December about whether he would perform for the inauguration.

“And the response was, it’s always an honor to serve,” he said of his answer at the time, which was “it’s always about serving. It’s what you do.”

But his touring schedule led him to add extra dates, keeping him away from D.C. during the inauguration weekend in a twist of fate he called “karma.”

“I’m going to tell you, with this whole presidential thing: We’ve got one going out, pray for him and his family. And for the president going in, pray for him and his family to guide this nation. Let’s stay together. Love, unity, that’s what it’s all about,” Brooks said. “In the immortal words of Martin Luther King, the most durable power that we’ve known is love. It will always be that way. So, again, can’t thank the Obamas enough for serving this country, and may God hold Trump’s hand in the decisions that he makes in this country’s name as well.”

In December, Brooks and his wife (and touring partner) Trisha Yearwood made the time to attend the National Christmas Tree lighting ceremony in Washington, D.C., presided over by President Obama and his family.

Watch the full message below. 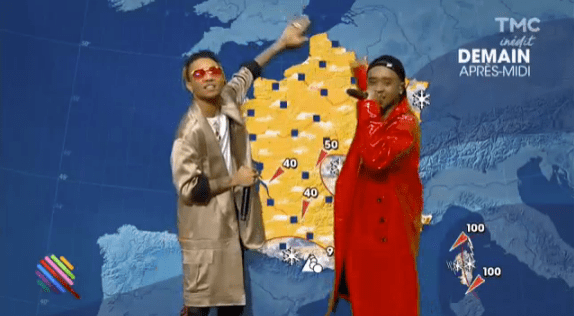