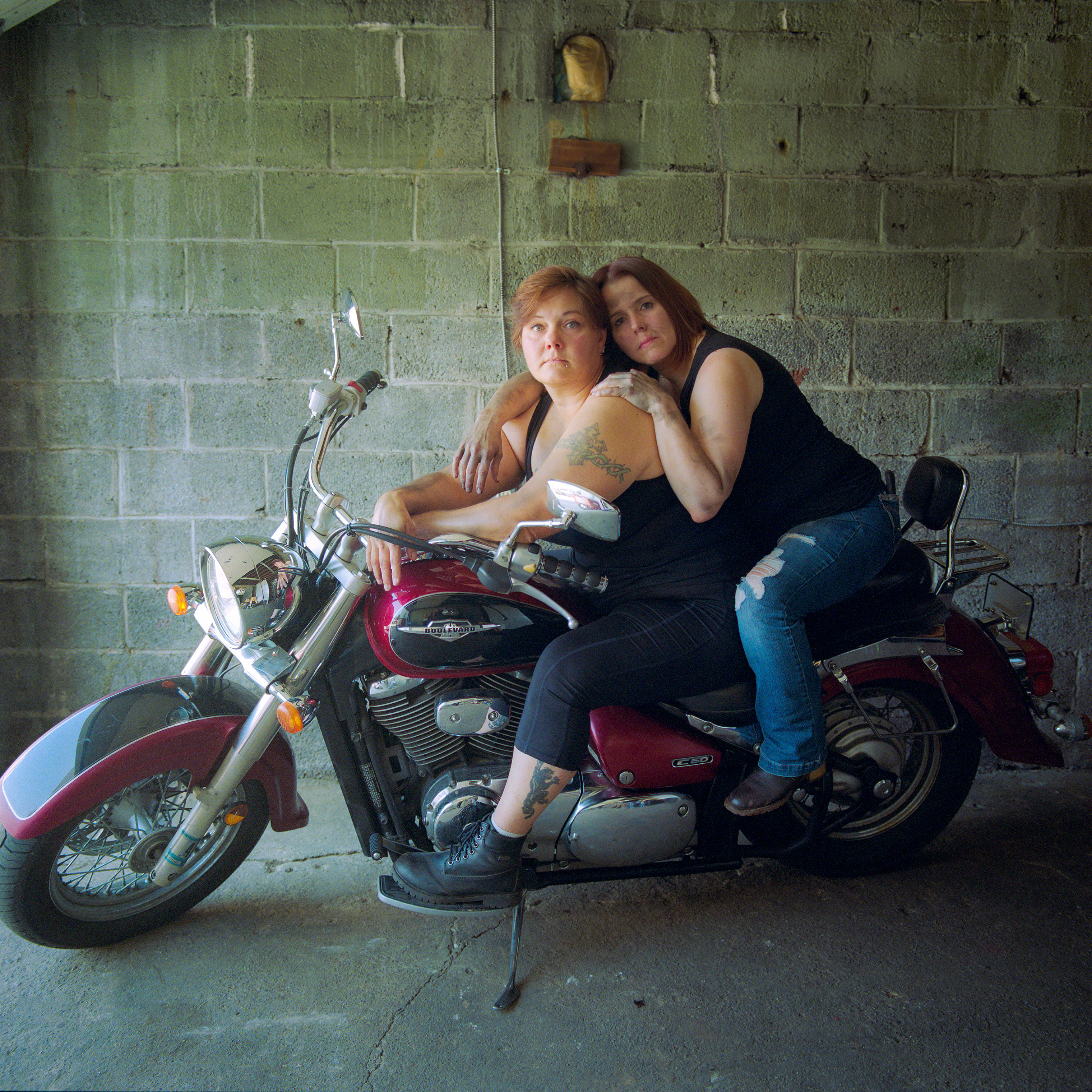 The Genius Auto Shop Only a Woman Could Have Created

On a scorching July afternoon, a first-time customer wanders around the front of an auto repair shop, peering in to find the entrance. A mechanic steps away from an oil change, wipes the sweat off her neck, and points to the office door. Inside, the service advisor gives a this prospective client tour of the place. Past the clanging metal and burning rubber odor of the garage, it’s another world. There’s a quiet and pristine waiting room with Wi-Fi, a Roku-equipped television and a generous basket of board games and Legos. Past that, a sparkling salon.

The Girls Auto Clinic is no standard auto repair operation. Just off West Chester Pike in the Philadelphia suburb of Upper Darby, this garage is run by a woman, staffs virtually all women and tailors everything it does around the needs of women.

“I always felt taken advantage of by mechanics,” says Patrice Banks, the founder. “I waited until the last minute to do repairs because I was afraid of being upsold.” Banks opened the shop in 2017 after being inspired by her cousin’s dream of a garage run by women, for women, complete with an adjoining salon for time-starved customers who like to multitask. At the Girls Auto Clinic, 75% of the clients are women — and they need a place to bring their cars where they’re free from creeping concerns about getting ripped off or condescended to, where those who want or need to have nicely manicured nails can check another to-do off the list, and where kids are welcome to hang around and play, Banks says.

Rebecca Schindler took her first job in a garage at age 13. Beyond her work at the Girls Auto Clinic, she runs her own auto consulting business, Gear Girl.
Michal Chelbin for TIME

On top of the paid services they provide, Banks and her staff offer free monthly workshops to the public, where anyone can come park their cars in the garage and learn how to check and maintain everything from oil to brakes to tires by themselves. Banks teaches in red, grease-stained heels — the logo of the shop (minus the hard-earned grime) — and compares car engines to vaginas (friction = bad, lubrication = good). She is a vision of female independence — on the nose, yet compelling.

That focus carries over behind the scenes. It’s difficult to conjure a more male-dominated line of work than auto repair. Less than 10% of auto mechanics are women, according to the Bureau of Labor Statistics. The women who work at the Girls Auto Clinic each have a truckload of stories about roadblocks and mistreatment throughout their careers.

On some Friday nights, when the day’s work is done, the crew jumps up on an empty car lift and dances together.
Michal Chelbin for TIME
“What I love about these girls is that they’re really becoming themselves and who they've always wanted to be,” says Patrice Banks, the founder. “That's what's so important about giving women the safe space to make their contribution.”
Michal Chelbin for TIME

Mechanic Valerie Jedwabny started working out of high school. When she was 19, a manager told her he was going to start marking her periods on a calendar because he didn’t like her “b-tchy” attitude. At that same job, a coworker tried to grope her. Years later, working at big dealerships, Jedwabny continued to feel singled out. “Sometimes I felt like I was paraded around in front of customers to promote equality, but behind the scenes I wasn’t offered as much training as maybe other mechanics were,” she says. Rebecca Schindler, one of the newer Girls Auto Clinic technicians, was told to “turn around” when she applied for her first auto shop job, at only 13 years old. A decade later, on her first day at a major dealer, a manager asked if she was sure she wouldn’t rather be home with “the kids.”

Now that she does have kids, Schindler is proud to bring them to work. “I always tell them, ‘The only thing that’s going to stop you, ever, is yourself,’” says the purple-haired mechanic. “The area that I grew up in was an upper middle class, white suburban bubble of, ‘Why do you want to do that? That’s a blue-collar job. Are you sure you don’t want to marry a doctor or a lawyer?’” Her mother still asks when she’s going to try something else.

"I have a boy and a girl, so I want to make sure that the example I set for my son on how to treat women, how women expect to be treated, is very clear cut,” says mechanic Valerie Jedwabny. "I try not to take any sh-t.”
Michal Chelbin for TIME

Working at the Girls Auto Clinic is safer, less competitive and more collaborative than past experiences the crew describes. Rich Carney, the only male mechanic on staff, left his job at the Midas auto repair right across the street and rolled his tools over in February. Carney was raised by a single mother and appreciates working with women. “We’re not butting heads all the time,” he says. “It’s like everybody’s working together to get that common goal.” In Schindler’s past roles, working with all men, she hesitated to ask for help. Here, she says, “It’s okay to fall. We lean on each other.”

On Fridays when the work is done, the group sometimes hops on one of the empty car lifts and dances to disco music, spending a little more time together before heading home. “I’ve been waiting so long for something like this to exist,” Schindler says.

Sweeney and Banks each sport a tattoo of the Girls Auto Clinic logo.
Michal Chelbin for TIME

As a first-time customer, Erica Ezold is entitled to a free manicure in the salon. After her tour, she settles on a loveseat and picks up a waiting copy of Chimamanda Ngozi Adichie’s We Should All Be Feminists. Nail specialist Maggie Truong pauses from painting another customer’s nails in pale pink, calls out to the Amazon Echo in the corner, “Alexa, play Adele,” and returns to work. It could be any salon, save for the sudden appearance of the service advisor, Colleen McClure, with a message for Ezold from the women in the garage: her car takes synthetic oil, which will cost a little more. “I don’t know anything about cars, so usually when I go I feel a little intimidated about whatever they’re going to tell me the car needs,” Ezold says. “This is going to be a different experience.”

Many Girls Auto Clinic clients have mechanic options that are more convenient or even less expensive, but come to this shop because they want to support women-owned businesses or feel more comfortable working with the staff here. Dominique Montgomery drives 400 miles a week for her job, and has had all her oil changes and other work done at the Girls Auto Clinic since the shop opened. “I was going somewhere in the neighborhood, and the guy was always listening to Trump talk radio,” she says. Once, when an old car broke down too far from the Girls Auto Clinic, Montgomery took it to the closest shop — but texted McClure for a second opinion while working with the other mechanic. “There are cheaper options,” she says, “but it’s not worth it to me.”

“I’ve been waiting so long for something like this to exist,” Schindler says.
Michal Chelbin for TIME
More Must-Read Stories From TIME