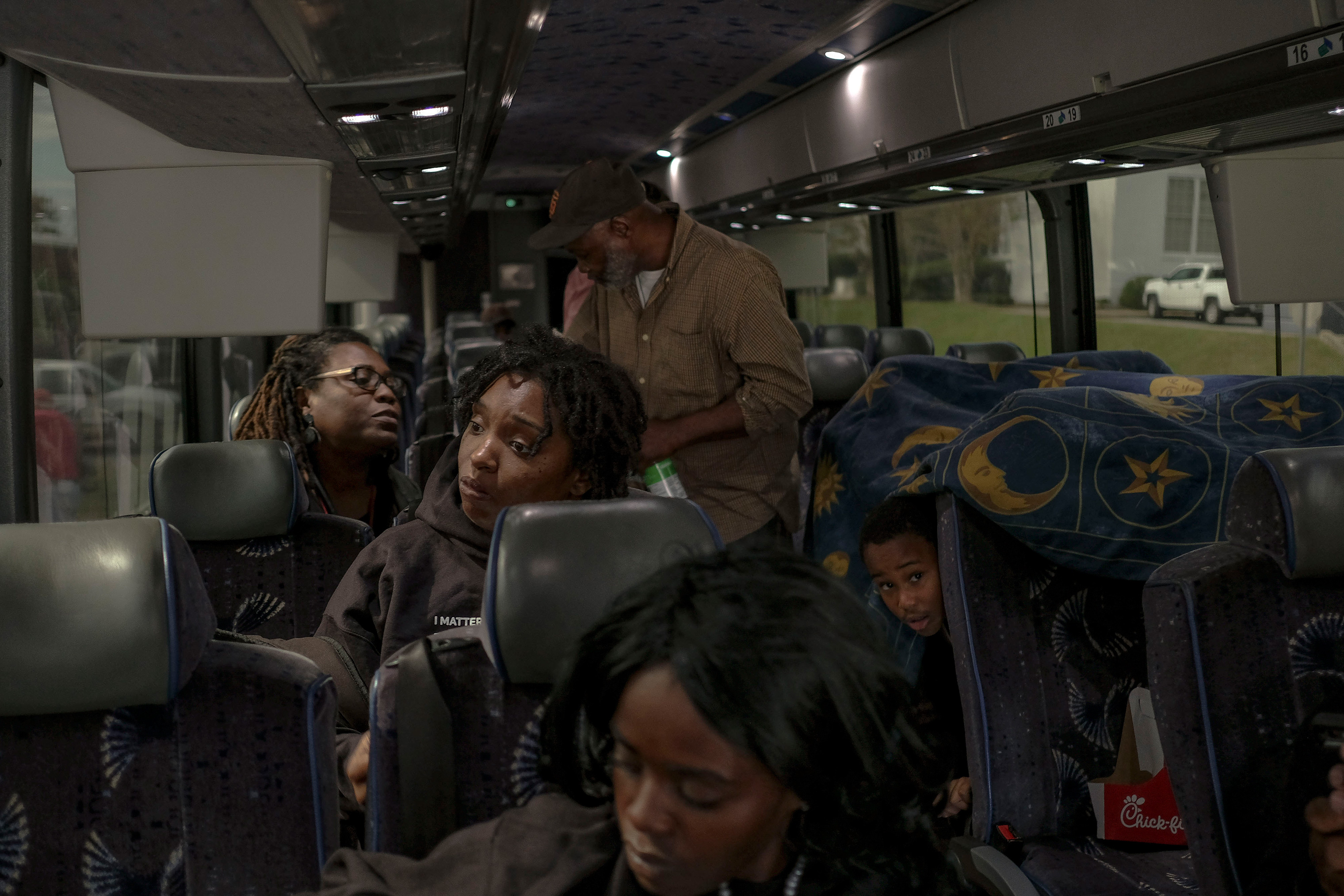 Black Voters Matter organizers and members of the homeless community ride to the precincts to vote on election day in Columbus, Ga. on Nov. 6, 2018.
Gabriella Demczuk for TIME

‘A Lot at Stake.’ Inside the Grassroots Efforts to Mobilize Hundreds of Black Voters in Georgia

“It’s symbolic on so many levels”
By Melissa Chan

“There’s a lot at stake in this state,” says Cliff Albright, who cofounded Black Voters Matter, a nonprofit that works to increase voter registration in black communities. “Given everything that’s happening in the country over the past couple of years—the increase in hate, the increase in voter suppression—it’s just a critical time.”

Black Voters Matter and other local groups that represent minority communities have shuttled hundreds of voters to polling sites on Election Day as Democratic gubernatorial nominee Stacey Abrams and Republican candidate Brian Kemp faced off in a race that’s expected to come down to the wire. If she wins, Abrams, a 44-year-old former House Democratic leader, would be the first black woman to serve as governor in American history. A Democrat hasn’t been elected governor in Georgia since 1998, according to the Associated Press.

“It’s symbolic on so many levels,” said Albright, 48, of Atlanta. “For some people, particularly folks who are 80 or 90-years-old, who’ve lived in Georgia their whole lives, that might be more symbolic than when President Obama won in 2008.”

Mobilizing voters in Georgia has also become increasingly important since the state is one of many where new laws have led to complaints of voter suppression. Under legislation passed last year, a person’s voter registration application in Georgia must exactly match the information on their driver’s license and Social Security card. Even the most minor difference could stall registration and discourage the democratic process, critics of the change feared.

Kemp’s campaign has also come under scrutiny for conflict of interest concerns since the candidate oversees state elections, including his own, in his current role as Georgia’s secretary of state. According to the Associated Press, Kemp is also accused of purging more than 1.4 million voter registrations since 2012—a claim his campaign has denied. Another AP analysis found that Kemp’s office was holding 53,000 voter registrations. Nearly 70% of the applicants on hold were black. Ryan Mahoney, a spokesman for Kemp, told the AP that Kemp was only following voting laws, adding that his opponents were “faking” their outrage. “The 53,000 ‘pending’ voters can cast a ballot just like any other Georgia voter,” Mahoney said.

On Tuesday, at the Urban League of Greater Columbus, which has been providing low-income residents free rides to the polls, phones have been ringing nonstop. In Columbus, Ga., nearly two-dozen volunteers have been dispatched to pick up voters from their homes or from homeless shelters. The group received more than 200 calls on Tuesday for pick-ups, which organizers say is more than they received during the 2016 presidential election.

“That’s huge,” says the group’s president, Susan Cooper. “The number of people that are calling for rides is an indication of what I believe is how they’re turning out at the voter polls. It is phenomenal.”

About 70% of the callers were older than 65, Cooper says, and a large majority were black. According to Albright, of Black Voters Matter, that’s a sign that black communities in the south are becoming more civically engaged as more qualified women and minorities run for office.

“This is the most important election,” Albright added. “We change the south, we change the nation.”

Through the rain, members of Black Voters Matter meet early at a BJ's in Atlanta, Ga. before heading to Columbus to take voters to the polls on election day, Nov. 6, 2018.
Gabriella Demczuk for TIME

Many people who packed the polls agreed. That includes Stephen Bailey, a local church leader who has been shepherding voters to polling sites all day. The 45-year-old deacon at St. James Missionary Baptist Church cast his own ballot while transporting homeless people to the polls.

“I’m voting for change,” he says, shortly after dropping off nine passengers. “I don’t care how long it takes. I’m going to get every soul to the polls.”