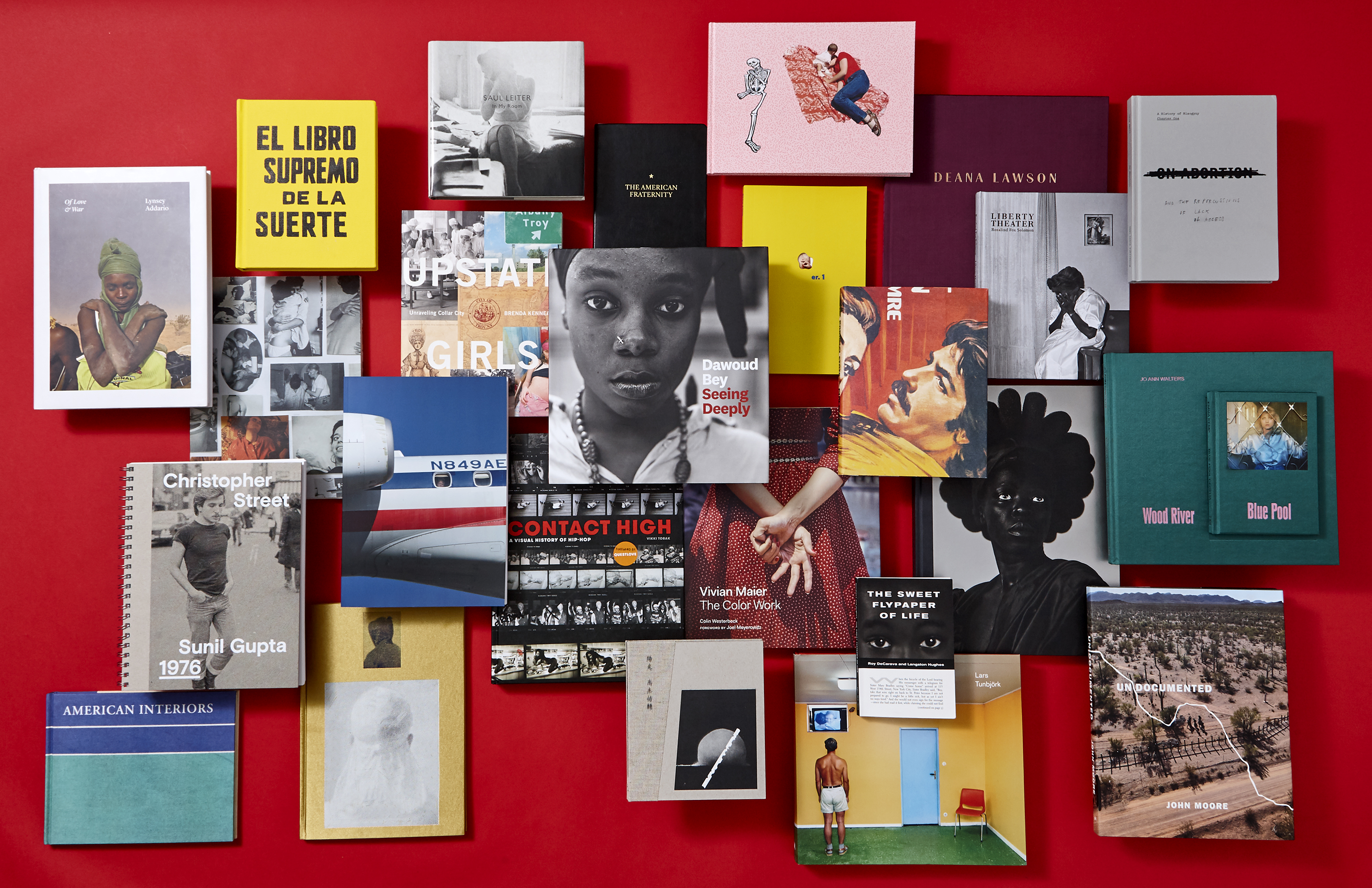 As an antidote to your unyielding Instagram feed, consider the photobook. In 2018, the form continued to be the most intimate way for photographers to fulfill and share their work. Here, TIME’s photography staff has selected the 25 we loved most this year.

Meanwhile, Andrew Moisey designed his American Fraternity (Daylight) as an illustrated handbook filled with secret rituals and history. For eight years, he was allowed to capture the inner life of a fraternity house, which feels as if it could be from almost anywhere in America or any time since the release of the 1978 film Animal House — but was particularly powerful in a year where conversations about “toxic masculinity” circled some of the U.S. government’s most powerful men. Moisey’s book feels like a peek inside a clandestine world laughing about a joke that isn’t funny anymore. “The culture that happens in a fraternity house ends up infecting the rest of the country,” Moisey told TIME, “especially when brothers become leaders.”

And in the compilation of loopy family photographs by Michael E. Northrup in Dream Away (Stanley/Barker), the follow-up to Babe (J+L Books, selected for TIME’s 2012 list), the artist opens his archive of early work from 1976–88 and looks at his own love and marriage. In the tradition of photographers making books around their families (like Emmet Gowin, Sally Mann or Doug DuBois), Northrup balances the beauty of domestic life within the sensibility of an acid trip. Some images are touching while others are tempered with a looming anxiety about mortality. Nevertheless, the book gives the feeling that love, longing and a sense of whimsy make life in Northrup’s world feel hopeful.

Almost all of our notable books seem to test the boundaries of studied, well-hewn documentary works. For instance, Undocumented by John Moore and Upstate Girls by Brenda Ann Kenneally use the book format as the ultimate expression of the epic story. And John Edmond’s Higher, Rose Marie Cromwell’s El Libro Supremo de la Suerte, Jo Ann Walters’ Wood River/Blue Pool and many other photobooks found space to preserve the overlooked. Works like Landing Lights Park (ROMAN NVMERALS) by David Rothenberg were more illusive; its untethered sense of reality makes what may otherwise seem mundane — the area around LaGuardia Airport in Queens, N.Y. — into an incredible exercise in mindful seeing.

All of these books are attempts at seeing anew. They play with notions of sequence. They challenge our habits, increasingly defined by ceaseless scrolling. We hope they delight, transport or, perhaps most importantly, make you take a sacred moment to see the world differently.

On Abortion: And the repercussions of lack of access

Of Love and War

Published by University of Texas Press

Undocumented: Immigration and the Militarization of the U.S.-Mexico Border

Roy DeCarava and Langston Hughes: The Sweet Flypaper of Life