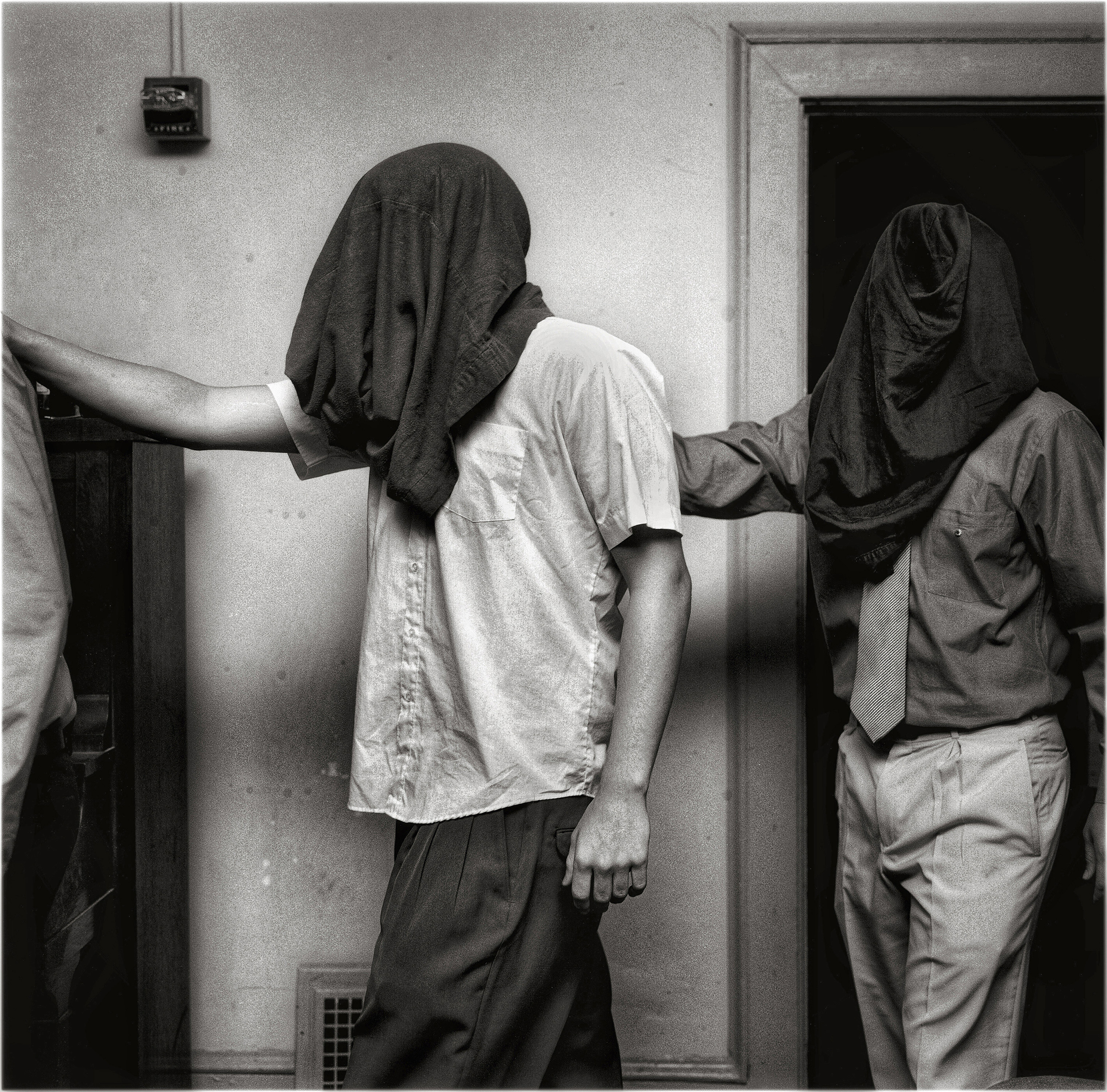 "Ritual of Initiation," from the book 'The American Fraternity.'
Andrew Moisey

Inside the Wild World of an American Fraternity

Fraternities can seem like an impenetrable part of American college life. They serve as social hubs, create bonds of brotherhood and promise to produce future leaders.

But in recent years, the same organizations have come under increased scrutiny, leading to calls for colleges to stop funding fraternities. Over the past decade, there have been dozens of high-profile hazing deaths involving fraternities — including four in 2017. Recently, the parents of Timothy Piazza, a Penn State fraternity pledge who died in 2017 after consuming a large amount of alcohol, settled a lawsuit with the national fraternity Beta Theta Pi; the agreement requires the fraternity’s houses to become alcohol-free by 2020. Several fraternities have faced punishments for alleged racist and sexist incidents, including a fraternity at Syracuse University that was suspended in April for having had members pledge “to always have hatred in my heart” for African-Americans, Hispanics and Jews. (The fraternity apologized and said the incident was a satirical sketch.) And critics often charge that Greek Life can enable binge drinking, drug use and sexual assault.

“Fraternities are the places where problematic and toxic masculinity is incubated,” says Andrew Moisey, a photographer and assistant professor and director of visual studies at Cornell. “We literally send our kids to be educated in places where they learn to be the opposite of gentleman. It’s mind-boggling.”

"Rituals of Initiation," from inside the book 'The American Fraternity.'
©Andrew Moisey—Daylight

Between 2000 and 2008, Moisey photographed life in his younger brother’s unnamed fraternity at the University of California, Berkeley, capturing brothers participating in initiation rituals, passed out and carrying a coffin at a funeral. His black-and-white photographs will be published in October — alongside text from a 60-year-old “ritual book” discovered on the fraternity’s floor — in his book The American Fraternity.

Over his time photographing the fraternity, what Moisey learned, particularly about the most dressed-up and drunken festivities, surprised him — including how he felt about them. “I kind of appreciated the wildness that fraternity men had — I wasn’t expecting to do that,” he says. “We live in a modern society where people don’t get to be wild anymore, and I think there’s a value in that.”

Though there were moments that disturbed him, especially as the members’ conduct collided with the outside world. “You see that in the picture where there’s a fist coming into hit the dog,” he says. “The dog is not a part of the fraternity, but the wildness is becoming his assault … While you were watching these guys have all the fun in the world and break every single social norm in private, it’s spilling over and hurting something that’s not a part of it.”

“My wish is that it would stay within the walls of the fraternity and not leave and affect everyone else so that the wildness each of us has can be explored without having to have social repercussions,” Moisey says.

But he is skeptical of whether this containment actually happens, and he hypothesizes that what goes on behind the walls of these frat houses can seep into American culture less directly, too — often in ways from which people try to look away or divert attention. He says that he got pushback from alumni of the fraternity, but the brothers at the time were excited about the project and how they looked. And he ends the book — released amid a nationwide conversation about toxic masculinity sparked by the #MeToo movement — by listing the U.S. presidents, vice presidents, Supreme Court justices and chief executive officers who have been members of a fraternity.

“The culture that happens in a fraternity house ends up infecting the rest of the country — especially when brothers become leaders,” Moisey says. “I want them to look at my book like it’s a mirror and ask themselves: is this the image you want to see?” — Samantha Cooney

Samantha Cooney is an editor at TIME. You can follow her stories here.

Andrew Moisey is a photographer and assistant professor and director of visual studies at Cornell. The American Fraternity is published by Daylight.