Deep in your heart of hearts, you probably know you could unload the majority of your possessions without getting too upset.

Could you get rid of most of your stuff and still be happy? The majority of consumers polled in a new study say they absolutely could. The study, titled “The New Consumer and the Sharing Economy” and conducted by Havas Worldwide, surveyed more than 10,000 people around the globe. The results offer some interesting takeaways about consumption—and overconsumption. Among them:

*Half of all consumers say they could live happily without most of the items they own.

*Two-thirds say they get rid of unneeded possessions once a year, if not more often.

*70% believe that overconsumption is putting the planet and society at risk.

The factoids mesh with plenty of previous research that indicates, for example, the average American home is cluttered with possessions (and our incessant yearning for stuff is stressful and unhealthy), and that the average American child receives some 70 new toys per year. Other research points out that happiness comes largely as a result of fun experiences and relationships with other people rather than the gathering or more and more “stuff.” Money has been correlated with happiness, though how we spend it has a lot to do with whether wealth helps make one content or miserable.

It probably isn’t necessary for researchers to delve into reams of data in order to deliver many of these official “revelations.” Down deep, most of us generally know that we don’t really need much of what we own, and that getting rid of some, if not most, of our clutter certainly wouldn’t be the worst thing to happen. (“Hoarders” anyone?) On the one hand, the new study data demonstrates that most people are fully conscious of the idea that overconsumption is bad, and that one’s happiness isn’t dependent on “stuff.” On the other hand, while it would seem to be good that the majority of people sell, recycle, or otherwise get rid of unneeded possessions at least once annually, the fact that people are swimming in unneeded possessions in the first place is a pretty clear indication that the average person regularly acquires more than he needs.

The title of the new study features the term “Sharing Economy,” which applies to businesses such as Airbnb, Lyft, and SideCar, among many others. What they all have in common is that they’re based on the idea that, for many consumers, it makes more sense to “share” (usually for a fee, of course) rather than buy a car, ride, vacation rental, dress, gadget, or almost anything else under the sun. Another of the study’s factoids shows that most people are in favor of sharing:

*65% agreed with the line “Our society would be better off if people shared more and owned less.”

Because sharing economy operations are new and often viewed as disruptors—if not likely destroyers—of traditional businesses like taxi companies and hotels, they routinely find themselves in the government’s crosshairs and may very well be subjected to increased restrictions and regulations in the future. Nonetheless, it seems like the sharing economy’s future is bright, if for no other reason than consumers largely embrace the concept.

“For a number of years, we’ve tracked the shift away from wasteful spending and toward a more mindful approach to consumption, but what we’re seeing now is much more proactive and hands-on,” Andrew Benett, global CEO of Havas Worldwide, which conducted the new study, said in a press release. “They’re getting involved in the consumption cycle by contributing to the funding or even the creation of products they want and by reselling or renting out their unneeded possessions. They’re creating new formats for the exchange of goods. And every step of the way, they are practicing ‘less is more,’ and savoring their ‘less.’”

Consumers who own stuff like the sharing economy because it gives them a way to get some use—and ideally, some money—out of the possessions that otherwise might be rarely unused, gathering dust and taking up space. And consumers who choose to own less like the sharing economy model because it gives them a way to get their hands on more stuff without having to actually take the plunge and buy. They also don’t have to worry about finding space to store this stuff because, remember, it’s not their stuff. They get to give it back. 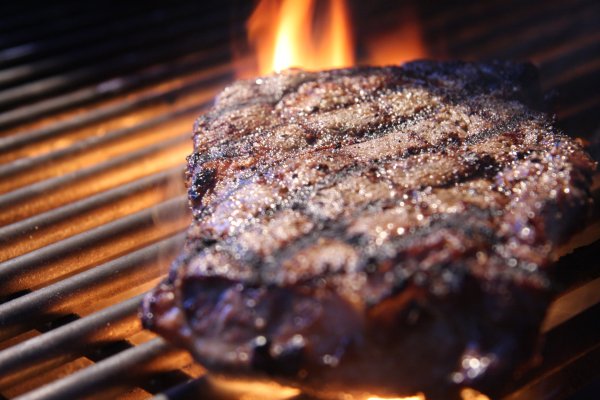 Your Grilling Season Budget Just Went Up in Smoke
Next Up: Editor's Pick