Corn and soybean ingredients, sugar, and vegetable oils are the most commonly genetically engineered products.
Image Source—Getty
By Alexandra Sifferlin

While the controversy over genetically engineered (GE) foods rages on, the the Environmental Working Group–an organization and advocacy group that is pro-labeling–has compiled a handy guide to eating GMO-free.

Consumers are the primary voices behind labeling, arguing the effects have not been studied long enough, and that many places outside the U.S., like France, Germany, Japan, Australia, Russia, China, and the U.K., already label GE food. Scientist argue GEs could be the solution to providing sustainable food on the global scale.

Wherever you fall on the GM food spectrum, the truth is that they’re almost unavoidable. In 2013, the Center for Food Safety estimated that more than 75% of food in supermarkets could contain genetically modified ingredients. For instance, corn and soybean ingredients, sugar, and vegetable oils are the most commonly genetically engineered products. Other foods like papaya and zucchini are also heavily modified.

Whether you want to know what to avoid or just want to be educated, check out the guide here. 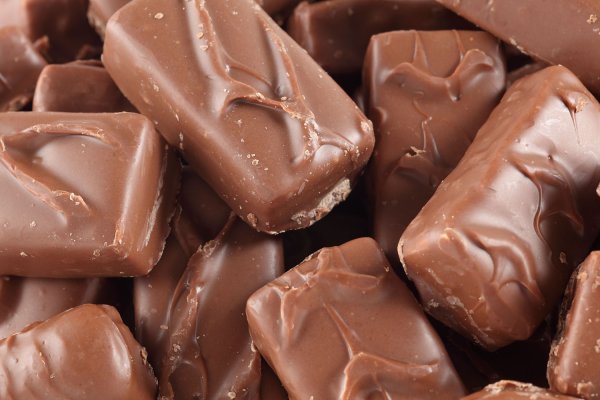 The 13 Most Influential Candy Bars of All Time
Next Up: Editor's Pick