Spice Up Your Life With This New Wasabi-Infused Beer

The same people that brought us moon-dust beer are back with a new brew, and this one’s made with wasabi.

As part of its Music Series collection, Delaware-based Dogfish Head Brewery collaborated with musician Julianna Barwick to create a new, hoppy IPA that just happens to be infused with wasabi.

The ale is called Rosabi, and Dogfish Head explains its complex tastes in a recent blog post:

A thousand cases of Rosabi will come packaged with an album of four original songs that Barwick composed using sounds recorded inside the brewery, documenting the beer-making process.

This limited release hits shelves and taps on June 1 in select locations across the country. Dogfish Head expects Rosabi to last for about two months. So once June rolls around, you’ll want to act fast, because we don’t recommend trying to make your own wasabi beer at home. 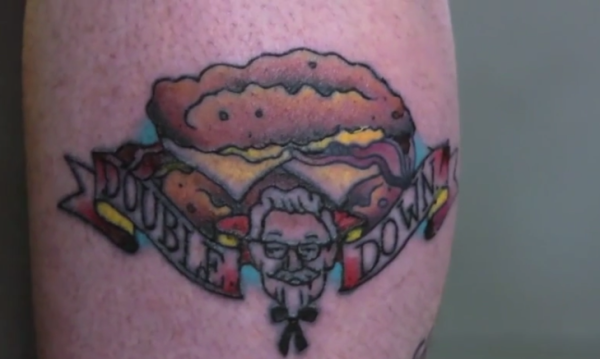 This Man Got a Tattoo of a KFC Double Down Sandwich
Next Up: Editor's Pick