A naked man doing push-ups in the middle of the street in Portland, Oregon, was struck by a car and killed, according to police.

Portland Police began receiving reports about a naked man running down the city streets around 4 a.m. on Sunday, according to a news release. While the police were on the way to respond to the call, they received another alert that the man had started doing push-ups in the middle of the lane of traffic on Columbia Boulevard in north Portland.

By the time they arrived on the scene, they had received a third call reporting that the man had been hit by a car.

The driver, who, according to police, was not impaired by alcohol or drugs, remained on the scene and was cooperative with the investigation, police said.

Police said the Oregon State Medical Examiner’s Office will conduct an autopsy, including a toxicology report, to determine contributing factors to the pedestrian’s death.

MORE: On-Air Reporter Gives Inspired Newscast of How a Man Robbed a Waffle House with a Pitchfork 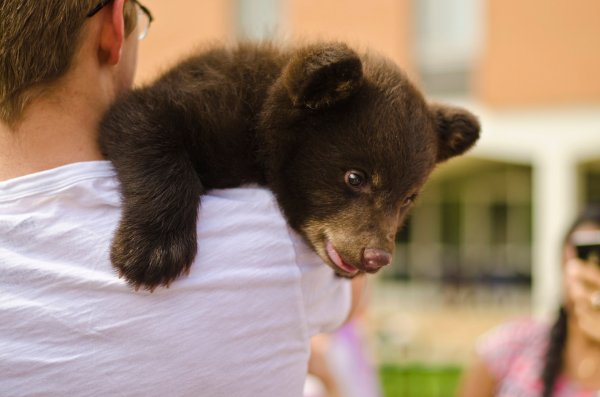 Bear Cub Meant to Relax Students Before Finals Bites Them Instead
Next Up: Editor's Pick