Soda Wars Bubble Up Across the Country

Unless something very unexpected happens, voters in San Francisco can expect to be answering a question like this come Election Day in November: Would you support a tax on sugar sweetened beverages, with the funds dedicated to health, nutrition, and physical activity programs? They can also expect to find themselves amid a whirlwind of arguments and ads from health organizations supporting the measure and from the powerful beverage industry opposing it.

Soda and other sugary drinks are popping up on city and state dockets across the nation, as lawmakers attempt to curb America’s consumption of certain beverages. Like San Francisco, Berkeley, Calif., and Illinois are considering taxes on sugary beverages, while lawmakers in Maryland and Los Angeles may impose age restrictions for purchasing energy drinks like Red Bull. These follow a steady line of potable proposals in recent years that never made it onto the books, including former New York Mayor Michael Bloomberg’s famous, failed attempt to limit the size of sodas available consumers in his city.

A big question is whether proposals like San Francisco’s, which would levy a two-cent-per-ounce tax on distributors, will succeed and become an example for other cities to follow or whether—as the beverage industry claims—that proposal is part of a dying breed. “There’s been a sharp decrease in the number being introduced,” says Chris Gindlesperger, spokesperson for the American Beverage Association. “It’s time for serious health professionals and lawmakers who want to be engaged in a comprehensive solution to obesity to move on from soda taxes and bans.”

It’s still early in the legislative session for many states and cities. While time will tell how popular these proposals prove to be this year, there is no doubt that Americans’ concerns about obesity are blowing up. In a recent Gallup poll, obesity followed only cost and access as the country’s most pressing health issue, above cancer and smoking. The obesity rate is increasing, and research has linked the consumption of sugar-sweetened beverages—including sports drinks, fruit drinks and teas—to the risk of weight gain and chronic illnesses like diabetes. Some studies have shown that at certain price points, taxes on soda may decrease consumption, while others have found that soda taxes have little effect on body weight of consumers.

Though the San Francisco measure still technically has to be approved by the city’s board of supervisors, the majority of them have already co-sponsored the bill, effectively guaranteeing that it will be on the ballot; to go into effect, the tax will need the approval of two-thirds of voters. Proponents point to polls, like one released by Field Research on Thursday, finding roughly 67% of California voters would support a sugary drink tax if proceeds are earmarked for healthy initiatives, as they are in San Francisco. This week, the City Chamber of Commerce released another poll showing that just 51% of voters would support the tax, though the bill backers take issue with the wording of their question.

The American Beverage Association emphasizes that other factors contribute to obesity, like high-calorie foods and Americans’ lack of exercise. Gindlesperger argues that soda taxes are “discriminatory policies against common grocery items” that unfairly “single out” products made by their member companies, like Coca-Cola and PepsiCo, rather than looking at the bigger picture. When asked whether limiting the intake of full-calorie sodas would help fight obesity, even if it wouldn’t solve the problem, Gindlesperger deflects the question, saying that soft drinks “are not any more the cause of obesity than any other caloric food.”

When it comes to soda taxes, the points of contention are both economic and philosophical. Last week, the first major study on how a soda tax would affect the labor market was released. Funded by the Robert Wood Johnson Foundation, the study, published in the American Journal of Public Health, found that a 20% tax levied on soda in Illinois or California would yield a net increase in jobs—as truck drivers who used to haul sodas hauled other beverages and as the revenue generated by the tax was used to create other jobs. “People are still going to spend money,” says San Francisco Supervisor Scott Wiener, one of the bill’s primary sponsors. “They’re just going to spend it on something else.” The ABA maintains that soda taxes mean job losses, at least among their member companies.

In San Francisco, advocates at a recent street festival handed out fliers opposing the proposed tax; one bullet point was that such a tax limits consumer choice. Critics of the energy drink bill in Maryland have made similar arguments, saying that banning anyone under the age of 18 from buying a Monster Energy drink is government overreach. “We’re not saying you can’t drink soda,” Wiener says. “We’re saying there are health effects directly related to it—just like we did with cigarettes—and we need to address those effects.”

A state lawmaker in California recently proposed that all sugary drinks come with warning labels. The Golden State looks poised to be a battleground over sugar this year. In 2012, two sugary-beverage taxes on the ballot in the cities of El Monte and Richmond failed by wide margins. A related state bill died in committee.

San Francisco has a proud reputation of making progressive sacrifices—being the first in the nation to ban plastic bags, for example—that may help yield a different result for health advocates here. “We have a history of supporting these kinds of public health measures,” says Wiener. “Policy trends often start in San Francisco and then spread elsewhere. We’re proud of that as a city.” The ABA says they’ll be spearheading the effort to oppose the measure here as they have elsewhere, running ads, courting local businesses, and likely spending tens of millions. 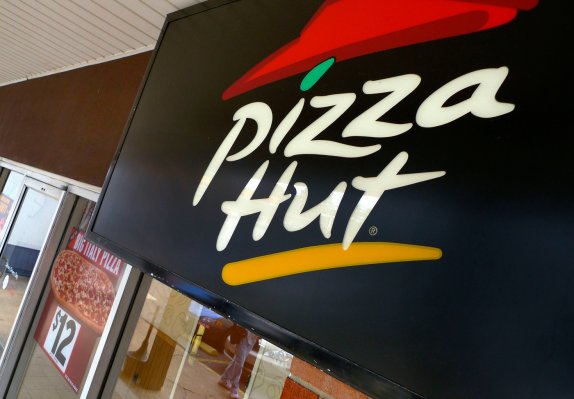 Pizza Hut Employee Fired for Peeing in the Kitchen Sink
Next Up: Editor's Pick