'There Is Always Hope.' A Ukrainian Rabbi on Celebrating Passover in a Time of War

Ukrainian Rabbi Alexander Dukhovny spoke to TIME about the significance of Passover during wartime. 'This Passover is about heroism—of those who are still in Ukraine and those who have left.'
Getty Images
By Sanya Mansoor

As Russian missiles rained down on Kyiv, Rabbi Alexander Dukhovny recorded an emotional plea from a shelter in the basement of a five-story building on Feb. 25. “It’s a difficult time. It’s very emotional, but I know that you’re with us and we know that always, good is overtaking evil and this is what will happen,” Dukhovny said in a speech that would soon spread internationally over social media. He was broadcasting religious lectures to his congregation throughout the 10 days he spent in the basement, reading and singing Ukrainian poetry and songs with the others taking shelter there.

The 71-year-old progressive rabbi is still leading services this Passover, the holiday that started on April 15 and ends April 23, which commemorates the ancient Israelites’ escape from slavery in Egypt. But now he’s doing so from outside his native country. Under normal circumstances, Dukhovny would be celebrating with his congregation in Kyiv. This year, he’s in Israel, where he arrived in early March.

Read More: 5 Ukrainian Photographers on Turning Their Cameras to the War

Dukhovny comes from a family in which many of his relatives have been rabbis (his surname, he points out, means spiritual), and was raised by a Holocaust survivor—his mother was taken in by a Ukrainian family during World War II. Five of his family members were killed at Babi Yar, he says. His family’s past experiences with war meant that he grew up with an understanding of what it means to survive through a crisis. “War gives us a good lesson: how we need to cherish every hour, every minute, every day of our life, because we don’t know what will happen in a second,” he says. “But we never need to lose hope.”

Speaking to TIME, Dukhovny reflected on the harrowing 10 days that he spent in the Kyiv basement, how Ukrainians in his community are approaching Passover, and how he is staying hopeful in wartime.

You gave an emotional speech while sheltering from airstrikes in the basement of a building. What was going through your mind when you decided to give that speech? What message did you want to convey to people?

It was a message that we don’t want to be slaves. For us, this Passover isn’t just an exodus from slavery to freedom. This is what the war in Ukraine is about, because we know that the new pharaoh wants to enslave us and we are trying to be free. The Jewish example is a good one for how to survive in difficult situations and how to not lose hope. It was the end of February, but spring was about to come in four days. And spring for Jewish people is always the season of hope, because that’s when we have the festival of freedom. When I recall these 10 days in the basement, I remember how I led services for my congregation there. This is what is actually the role of a rabbi: a rabbi is a teacher, a role model, a psychologist.

In your speech, you spoke about the meaning of spring. What is giving you and your congregation hope at this moment?

At Passover Seder [the ritual Passover meal], we have a cup for Elijah, which is a symbol that good will prevail and overcome evil. So there is always hope. This was my message in those days and still is.

You made a plea for donations in your video message. What has that money gone toward?

The World Union for Progressive Judaism says they have raised around $2 million since the Russian invasion in February, part of which has gone toward helping refugees and bringing Seder to people’s homes. On Seder, we always ask how this night is different from other nights. We told all of our congregations to include beetroot on their Passover plate because the most famous Ukrainian food is borscht—a red beetroot soup. We distributed food via shops in Ukraine. This Passover is about heroism—of those who are still in Ukraine and those who have left.

How has the war affected how Ukrainians approach the holiday this year—both practically and on a spiritual level?

The synagogues in the active war zone are closed, and many people have left their towns or Ukraine altogether. But synagogues are still active in safer areas of Ukraine. I’m focusing on education, and many people still have a stable internet connection to access my lectures.

The Passover story is in many ways about finding a way out of a time of darkness. Does it take on any new meaning during this time? Has the way you connect to that story changed this year?

Of course. It’s really changed because Ukraine is in a war. You can see so much support of Ukraine. Instead of reading the 10 Plagues this year, I proposed that we put 10 drops of wine on our plate—but each drop symbolizes something we want for us and Ukraine. 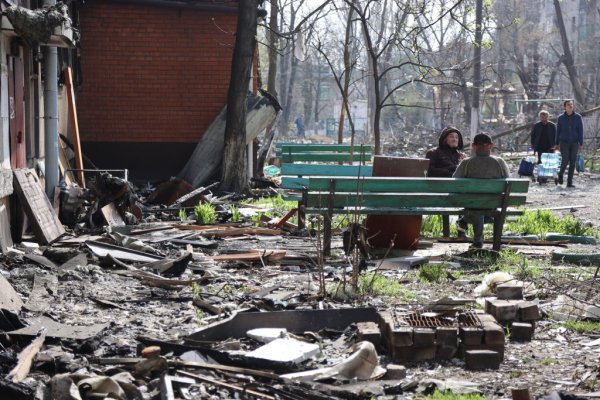