Women watch and embrace each other as bodies are exhumed from a mass grave and inspected by the authorities for possible war crimes in Bucha, April 8
Laurel Chor—SOPA Images/Sipa USA
By Amie Ferris-Rotman

Rape as a weapon of war may date to the dawn of conflict. But in Ukraine, female lawmakers are waging a campaign to turn sexual violence by Russian soldiers against the invaders.

“No one thought that such cruelties and atrocities could happen in the middle of Europe,” says Lesia Vasylenko, a Ukrainian Member of Parliament who in March traveled from Kyiv to London, where she and three other female lawmakers urged Prime Minister Boris Johnson to stop U.K. trade with Russia on the grounds that it was funding the rape of their countrywomen. A few weeks later, they took their message to Paris, raising the same issue with President Emmanuel Macron. On April 21, they will head to Brussels, seat of the European Union.

“It’s important that people do not avert their eyes from this crime,” says Vasylenko.

When Russian troops retreated from areas around Kyiv on April 1, official reports of sexual violence, which had trickled in during the five weeks after the invasion, suddenly took the shape of a systemic, coordinated campaign of sexual violence. Women and girls were the main target, but victims spanned old and young, male and female.

Read More: A Visit to the Crime Scene Russian Troops Left Behind at a Summer Camp in Bucha

Ukraine’s human rights ombudsman, Lyudmyla Denisova said that 25 teenage girls were kept in a basement in Bucha and gang-raped; nine of them are now pregnant. Elderly women spoke on camera about being raped by Russian soldiers. The bodies of children were found naked with their hands tied behind their backs, their genitals mutilated. Those victims included both girls and boys, and Ukrainian men and boys have been sexually assaulted in other incidents. A group of Ukrainian women POWs had their heads shaved in Russian captivity, where they were also stripped naked and forced to squat.

Human rights monitors say the number of additional cases extend into the scores, stoking fears for Ukrainians both still under Russian control or facing the prospect of becoming so, as Moscow launches a massive assault in the country’s east.

“These sex crimes…are a weapon of war in order to humiliate, subjugate, terrorize and force people to flee the territory,” says Marta Havryshko, Research Associate in contemporary history at the I. Krypiakevych Institute of Ukrainian Studies and a URIS Fellow at Basel University. “Russian soldiers are trying to send a signal to the whole community: we are the winners, you are weak, we will destroy you, so you better give up your struggle for independence.”

The interior of a damaged house in the Borodyanka region of Kyiv, April 8
Metin Aktas—Anadolu Agency/Getty Images

The Ukrainian campaign reflects the evolution of outrage. Rape was first recognized as a war crime in 1919, but many wars and decades passed before the first prosecution of rape as a war crime took place, against a Rwandan politician in 1998. The U.N.’s first prosecution was for the Former Yugoslavia, when Serbian forces maintained “rape camps” as what judges deemed “an instrument of terror.”

In Kyiv, the current effort for justice shows not only advances by women—Ukraine currently has the largest number of female lawmakers in its history, several of whom are raising awareness about wartime rape—but also of the rising awareness that robs sexual violence of the stigma its perpetrators intend. As the lawmakers press the case for prosecution in the capitals of Europe, viral posts on Ukrainian social media—from a gynecologist, a lawyer, even a popular TV host—implore fellow Ukrainian women to come forward with evidence of sexual violence committed by Russian troops.

Technology also helps. A war broadcast 24/7 over social media feeds not only hastens the documentation of other war crimes; it also makes it harder for the Kremlin to deny sexual violence. Images of the dumped naked bodies of women and children, as well as the bloodied thighs of dead men with their hands tied behind their backs, are indelible.

There are signs the world is beginning to listen.

In the United Kingdom, which has a track record of documenting sexual violence in conflict, from Syria to Iraq to Somalia and South Sudan, Ukraine’s mass rapes have reignited calls for a permanent, independent, international body to investigate and prosecute rape as a war crime.

“If we’re going to make a meaningful dent in the calculated and planned use of sexual violence in war then we need to have a proper, separate individual body,” says British MP Alicia Kearns, who organized for the Ukrainian lawmakers to visit London. “I think it would be transformative.” The effort is backed in the House of Lords by Arminka Helic from the House of Lords, who fled Bosnia as a refugee in the 1990s and helped set up a landmark initiative by the UK on preventing sexual violence in conflict a decade ago, with then-Foreign Secretary William Hague and Angelina Jolie, a U.N. Special Refugees Envoy.

Kearns describes how such a body—with a member-state setup, headquartered in London or the Netherlands, which is already home to the International Criminal Court at the Hague—might function in a warzone. At the beginning of a conflict, protective measures would be put in place and experts immediately deployed to help the local prosecutor’s office collect evidence to prosecute the “low level and middle-ranking commanders who are the ones ordering their men to commit rape.”

The goal is to gather evidence contemporaneously. What usually happens now, Kearns says, is a scramble for evidence when the “conflict finally resolves and by then, quelle surprise, it’s too late.”

A step toward the new body came April 13 with the Murad Code, guidelines for conduct focused on gathering information about sexual violence in conflict. Launched by the U.K. and Nobel Laureate Nadia Murad, the Yazidi campaigner and former ISIS captive, it aims to set a gold standard for collecting evidence from survivors and witnesses. It was introduced as Murad spoke to the United Nations Security Council last week about the need to develop a plan addressing the sexual violence in Ukraine. The U.N. said its human rights monitors have been seeking to verify allegations of rape and sexual violence.

Meanwhile, Ukraine’s prosecutor general Iryna Venediktova—who in 2020 became the first woman to hold this position—has consulted with Beth Van Schaak, the U.S. Ambassador-at-Large for Global Criminal Justice, on how to work with Ukrainian prosecutors and investigators on cases of sexual violence. A spokesperson for the State Department told TIME the U.S. included rape and other gender-based violence in its consideration of war crimes.

Ukraine's Prosecutor General Iryna Venediktova (C) and Prosecutor of the International Criminal Court, Karim Khan (R), visit a mass grave on the grounds of the Church of Saint Andrew in Bucha on April 13
Fadel Senna—AFP/Getty Images

Russia denies allegations of rape by its soldiers in Ukraine. “It’s a lie,” Kremlin spokesman Dmitry Peskov told reporters at the end of March. A week later, Russia’s chief propagandist Vladimir Soloviev held a discussion with five other men on state TV, where they dismissed the accusations of rape as a “British psyops”.

But Kateryna Busol, a Ukrainian lawyer specializing in international human rights, says Russian soldiers received the encouragement to rape from the very top. She noted that at a news conference with Macron on Feb. 7, Putin cast aside Ukraine’s objections with a ditty about rape from a Soviet-era punk song: “Like it or don’t like it, it’s your duty, my beauty.”

“It was both chilling and outrageous to me that a president who’s also the commander of the armed forces would so easily make a rape joke…. It’s enabling the troops on the ground,” says Busol, an Academy Associate at Chatham House’s Russia and Eurasia Program in London.

It would not be the first time Putin has joked about rape, or made degrading comments about women. In recent years, he has put down women for menstruating, and boasted his country’s prostitutes are the best in the world. In 2017, he decriminalized domestic violence. (That same year, Ukraine, which has some of Europe’s highest rates of domestic violence, went in the opposite direction and outlawed it).

And while Ukraine has been caught unawares by the scale of sexual violence in the war, it is slowly moving towards greater gender equality, says Sasha Kantser, external affairs manager for Feminist Workshop, an NGO based in Lviv in western Ukraine that provides women and men in the occupied territories with information about everything from emergency contraception to sexual health.

“Women are being encouraged by society to talk about the sexual violence they’ve experienced because that makes the Russian side accountable,” she says. “And people are responding as humans… This is partly an achievement.” 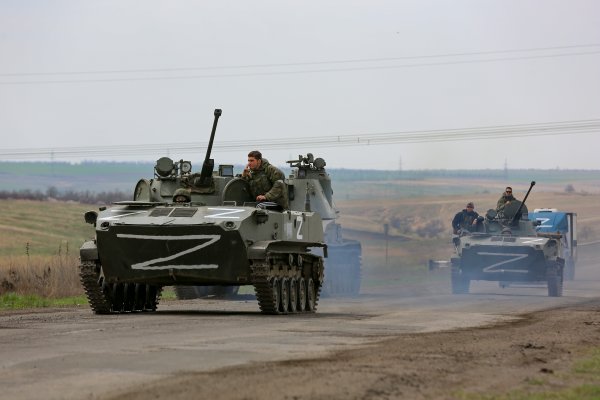