The Biden Administration is preparing for a possible new surge in COVID-19 cases and has already started the political blame game in case the response falls short.

The White House has called out Republicans in Congress for not authorizing new funds to make a fourth round of booster shots free and pay for therapeutics and other ways to reduce the impact of another surge in cases. “Our primary concern right now is that we’re about to run out of funding,” White House Press Secretary Jen Psaki said on March 21, warning Americans that they may have to pay for their next booster shots if more funding isn’t passed. Two days later, White House coronavirus response coordinator Jeff Zients echoed: “The consequences of congressional inaction are severe, and they are immediate.”

Kristen Hawn, a Democratic strategist consulting in competitive House races, says that the politics around the pandemic have put the Biden White House in a tough spot. Polling shows that Americans are tired of the pandemic, but it’s still up to the Biden Administration to be ready to provide help if there’s another spike in infections. “It’s a predicament,” Hawn says. To get funding from Congress, White House officials feel the need to build public pressure. “People want it to be over. However, there is a chance for another wave, and we need to be prepared for it.” Hawn says. “If another variant comes along people are going to expect shots in arms, they’re going to expect testing. Those things don’t just happen.”

The White House knows that Biden’s performance on COVID is one of the few bright spots in the public’s sagging perception of his presidency. And they want to keep it that way. 53% of Americans approve of Biden’s handling of the pandemic, according to polling conducted in mid-March by The Associated Press-NORC Center for Public Affairs Research—well above the 43% who approved of Biden’s job performance overall. “Biden’s job rating on COVID is his strongest job rating,” says John Anzalone, a Democratic pollster who has worked closely with Biden. “It’s well above his overall job rating, and it shows people have a lot of confidence in him on that issue.”

How voters see Biden’s handling of future case surges could impact whether Democrats are able to beat predictions and keep control of the House in November’s midterm races. Political operatives are watching closely to see where the country is on the pandemic when the next school year begins in the fall. “Where we are when kids go back to school is probably how things are going to be judged politically,” says an advisor close to the Biden White House.

The White House published a 97-page document in early March called the “National COVID-19 Preparedness Plan.” It includes efforts to boost U.S. vaccine production to 1 billion doses per year, fund the development of a single COVID-19 vaccine shot, distribute vaccines for children under 5 after the FDA approval, and increase U.S. production of COVID-19 test kits. “Part of that plan requires money and we need urgent funding for things that are already running out,” says White House spokesman Kevin Munoz.

Periods after cases have dropped are when health officials should be able to do the work to increase vaccinations and buy up therapeutics and masks for the next surge. When Omicron cases lead to record-setting deaths and hospitalizations in January, the Biden Administration was blamed for not doing enough in the fall to prepare for a new surge and being late to making enough free tests and high-quality masks available to the public. If there are similar failures before a new surge, the Administration is making a case for the public to blame Congress this time instead.

There’s reason to believe the U.S. could see another spike soon. Coronavirus cases in Britain, Netherlands and Germany are rising as a more easily spread subvariant of Omicron, BA.2, takes hold. Epidemiologists in the U.S. have seen signs of the new version of the virus emerging in Northeastern states, but believe the widespread Omicron infections in the winter may help blunt a new spike, as well as the fact that the weather is warming up and Americans are more likely to socialize outdoors.

Polling shows Americans want to move on from the pandemic. The number of COVID-19 cases in the U.S. has dropped by 97% from its peak of 800,000 in mid-January. Restaurants, offices and schools are open, and mask mandates have lifted across the country. More than 800 Americans are still dying from coronavirus infections every day. But Democrats have politically moved away from lockdowns and widespread mask mandates, and they aren’t likely going back. Last June, Michigan’s Gretchen Whitmer was one of the first Democratic governors to say that her state wasn’t going back to lockdowns or sweeping mask mandates and would let school districts decide their own policies. That posture has since been adopted by many other Democratic leaders, including Biden, and is unlikely to change even in the face of another surge in cases. The advisor close to the Biden White House says: “Democrats will be incredibly resistant to go back to anything other than, ‘We have the tools to to deal with this.’” 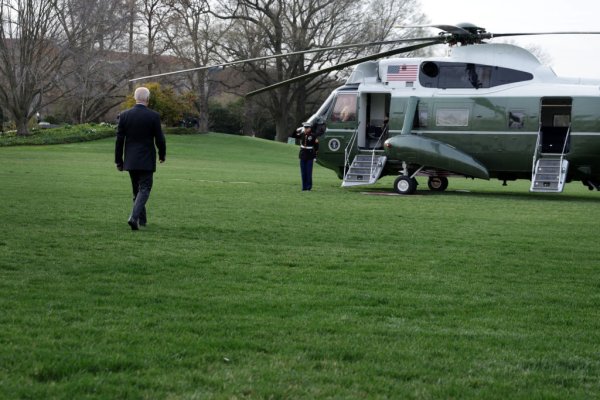