The European Union laid out plans to end its reliance on Russian gas in the next few years, in the wake of the invasion of Ukraine that’s roiled energy markets and prompted Moscow to threaten to cut supplies.

The European Commission on Tuesday outlined its strategy to cut import needs from Russia by two-thirds this year. Using measures such as tapping new supplies and boosting energy efficiency, the bloc aims to replace flows from its biggest supplier well before 2030—sooner than previous projections, according to a document that will now be discussed by national governments.

It said the plan may be extended to phasing out reliance on Russian oil and coal.

The E.U. is stepping up efforts to find alternatives following decades of reliance on Russian gas that has prompted warnings from some countries about Moscow using flows to boost its political leverage. Worries about supplies being halted have sent European prices surging to a record. Still, it will be a challenge for the region to replace most of the volume in the short term.

For the plan to become reality, it will need action from member states, many of whom were already uncomfortable with the investment required for the commission’s energy-transition plans and are now struggling to contain the political impact of record energy costs.

“We simply cannot rely on a supplier who explicitly threatens us,” Commission President Ursula von der Leyen said. “We need to act now to mitigate the impact of rising energy prices, diversify our gas supply for next winter and accelerate the clean energy transition.”

Russia warned late Monday that it could cut supplies to Europe via the Nord Stream 1 pipeline as part of its response to sanctions over its invasion of Ukraine.

“This represents a clear sign that a cut of Russian gas is not an imaginary threat, but a very real one,” said Simone Tagliapietra, a researcher at the Bruegel think tank in Brussels. “This just provides more impetus to the need to act here.”

The commission considers that the E.U. has sufficient gas to get through the rest of this heating season in the event of an abrupt disruption of Russian supplies.

“We need to replenish our reserves urgently for next year,” said Energy Commissioner Kadri Simson.

To ensure that, the E.U. plans to put forward by April a proposal to require existing storage facilities in the region be filled up to at least 90% of their capacity by Oct. 1 each year. The commission will offer coordination to build up stocks through a joint procurement of gas.

With prices for the summer still high, it proposed increasing a discount on transmission fees to 100% as an incentive to refill storage. Member states will also be able to provide aid to suppliers, for example in the form of guarantees under contracts for difference.

The E.U. sees as much as 50 billion cubic meters a year coming from new LNG sources and 10 billion cubic meters being delivered through pipelines from other suppliers. There will also be more renewables and energy savings from a push to accelerate the Green Deal, which is aimed at reaching climate neutrality by 2050.

As part of the clean shift, the E.U. is discussing laws to meet a stricter 2030 goal of cutting greenhouse gases by at least 55% from 1990 levels. Full implementation of the “Fit for 55” rules would cut E.U. gas consumption this decade by 30%, equivalent to 100 billion cubic meters, according to the Commission.

Measures announced Tuesday also include more renewable gases, quicker deployment of wind and solar energy and greater energy savings. That will help give the E.U. the potential to effectively replace the 155 billion cubic meters of Russian gas it currently imports well before the end of the decade, with 101.5 billion this year.

The figure for 2022 was changed from 112 billion in a draft considered on Monday because of lower estimated savings from installation of heat pumps.

The push may require more ambitious 2030 targets for renewables and energy efficiency.

To shield retail consumers and the smallest businesses from soaring energy prices, the E.U.’s executive arm provided member states with detailed guidance on how to design measures on regulated prices. It also announced plans for a temporary framework, which will allow liquidity support for companies affected by the crisis. To finance such measures, member states could consider imposing temporary taxes on windfall profits of energy companies.

“To address the current emergency, the Commission will look into all possible options for emergency measures to limit the contagion effect of gas prices in electricity prices, such as temporary price limits,” it said in the strategy. “It will consult as a matter of urgency all concerned actors and propose options in the coming weeks.”

—With assistance from Alberto Nardelli 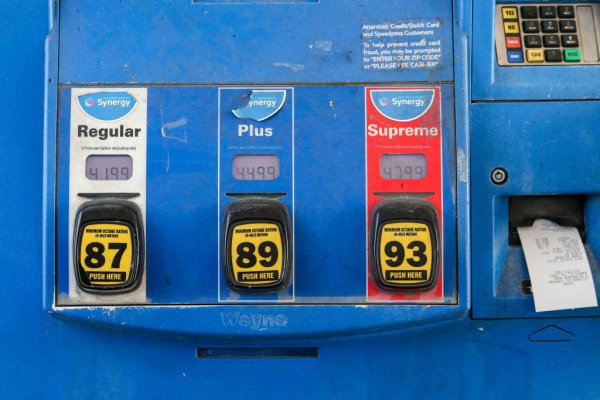 Russian Invasion Could Break Oil’s Grip on US
Next Up: Editor's Pick