An older-model thermostat is seen attached to a heating radiator in an apartment on February 18, 2016 in Berlin, Germany.
Sean Gallup—Getty Images
By Ciara Nugent

Europeans should turn down the thermostat in their homes to help reduce the region’s energy dependence on Russia as relations with Moscow worsen over the invasion of Ukraine, the International Energy Agency (IEA), said Thursday.

The E.U. depends on natural gas for 38% of its heating needs, and 35% of the bloc’s supply of the fuel comes from Russia, flowing through a vast network of pipelines. European leaders are now scrambling to find ways to cut their imports of Russian natural gas, which in 2021 stood at 155 ​​billion cubic meters (bcm). At a launch event attended by E.U. representatives, the IEA—a Paris-based intergovernmental organization set up in the 1970’s to protect Western countries’ energy security—unveiled a 10-point plan to slash that figure by one third by next winter.

The risks of Europe’s reliance on Russian gas have come into sharp relief since Russia’s invasion of Ukraine: energy prices have surged on fears that Russian gas supplies could be constricted by the physical damage to energy infrastructure in Ukraine during the conflict, or that Russia may even cut off flows entirely to European countries. The E.U. and U.S. have also been limited in their ability to sanction Russian energy exports, crucial to the government’s budget, because of fears of triggering shortages or untenable gas prices for European countries.

Reducing consumer use of energy could play a significant role in quickly cutting demand. According to the IEA, the average temperature of buildings in the E.U. is currently above 22°C (71.6°F). “Adjusting the thermostat for buildings[‘] heating would deliver immediate annual energy savings of around 10 bcm for each degree of reduction while also bringing down energy bills,” the agency said.

The agency called on governments to run public awareness campaigns to encourage consumers to reduce their energy use, noting that taking an individual action like this is similar to the donations and refugee outreach that “many European citizens” have already undertaken in response to Russia’s invasion of Ukraine.

France currently holds the E.U. Council’s presidency, and its ecological transition minister, Barbara Pompili, backed the call for citizens to take “simple actions” to limit energy consumption. “In these difficult times, it is vain to believe that a war on [our] continent will have no impact on us,” she said at the IEA’s launch event. “And collective responsibility in the way we use and consume our energy is, by far, the best way to reduce our dependency to Russia.”

Consumers could “turn the heat down a bit” in their house or start work on an insulation retrofit to permanently reduce their energy needs, Pompili said, adding that the latter solution will require E.U. member states to invest billions of euros to pay for energy efficiency improvements.

The IEA’s plan also calls on the E.U. and member states to scale up their imports of natural gas from other producing countries—which include the U.S., Qatar, and Azerbaijan—potentially replacing 30 bcm of Russian imports, and to speed up the deployment of renewable energy sources that the bloc aims to use to replace natural gas in the long run to reduce its greenhouse gas emissions. The IEA says an acceleration of the clean energy roll out could reduce gas demand by 6 BCM in the next year.

The E.U. is planning to unveil its own strategy for reducing reliance on Russian natural gas next week. 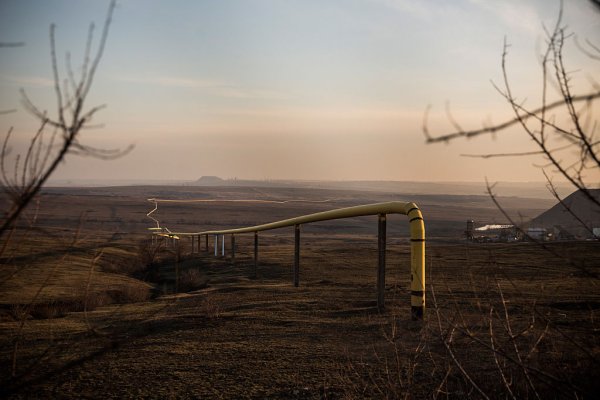 Why Sanctions on Russia Aren't Targeting Oil and Gas
Next Up: Editor's Pick