Only the Threat of Force Will Stop Putin Going Beyond Ukraine

Members of Lithuania Armed forces gets off from Royal Air Force Chinook helicopters on March 1, 2022 in Kazlu Ruda, Lithuania. Saber Strike 2022 is an element of the large-scale exercise Defender-Europe 2022 military drills between U.S. troops and allied forces.
Paulius Peleckis-Getty Images
Ideas
By Vygaudas Usackas
Usackas was E.U. ambassador to Russia from September 2013 until October 2017. He now serves as member of the board of directors at Avia Solutions Group.

In the spring of 2014, as Russia illegally annexed Crimea, my son Raimundas was completing a Russian language course in Moscow. Though he had been planning to continue on to a master’s program in England, when he finished the course he returned to Vilnius and joined the Lithuanian Armed Forces. He is a grandchild of deportees to the USSR’s Siberian gulag who were wounded by Russian special forces while supporting Lithuania’s partisan insurgency—which lasted until 1970s. I was proud of him for making the commitment. At the time, I was the European Union Ambassador to Russia, but I could not imagine Raimundas would ever have to put his training to use, defending our country from Russians. Now the calculus has changed. Today Russia invades Ukraine, tomorrow it could be the Baltics.

As Lithuanians, we are reassured by the support of the United States and NATO. As George W. Bush said when we joined NATO: “Anyone who would choose Lithuania as an enemy has also made an enemy of the United States of America.” In the seventy three-years of NATO’s existence, neither the Soviet Union nor Russia has dared to cross the red line. But our history, and the present moment, prove that we cannot be complacent—especially given our understanding of Vladimir Putin. Over the years, I’ve attended several summits and dinners with him and sometimes we chatted informally. Our exchanges were unremarkable. He was detail oriented and famously impressive in his knowledge of policy minutiae, especially regarding oil and gas: extraction sites, supply capacity, pipeline size, prices and so on. But it is clear at this point that his controlling attention to detail is hostage to violent delusions—not least imaginary Neo-Nazi oppression in Ukraine and his role as savior in a warped missionary tradition.

We had plenty of warning. In 2016, several people with a close, long-term, personal access to Vladimir Putin told me they were in a “fight for Putin’s mind.” Their aim was to balance his spy-war mentality with attention to Russia’s acute internal challenges; to encourage modernization, investment, and diversification rather than war. Their opponents in this fight were conservative elements of the Russian Orthodox Church and a narrow circle of military and intelligence officials, commonly known as the “siloviki,” who emerged from the KGB and other elements of the Soviet security apparatus. Whether out of convenience or conviction, these men believed Putin had to wage war in order to preserve power in Russia and defend the “Slavic World” from an evil West. Disillusioned of not getting the “equal vote” in the Western institutions under his terms and with no membership prospects in NATO and E.U. for Russia, while hearing about future plans for Ukraine and Georgia to become members of NATO, Putin’s mind went wild.

Read More: How Zelensky Defended Ukraine and United the World

The brutal and unprovoked invasion of Ukraine demonstrates that the fight for Putin’s mind is over. The clearest warnings, in retrospect, came not from a select few inside the Kremlin, but from Putin himself. The speech he gave after his recent televised Security Council meeting was more bellicose than usual but, in terms of narrative, policy and aims, contained little that that he did not say in 2013. Back then, and in the intervening years, the West simply did not want to hear what he was saying. For myself and the European leaders I worked with, it was too difficult to imagine the rosy dream of integration, from Lisbon to Vladivostok, shattered. And so we did not respond vigorously enough to his escalations. Shortly after the 2014 invasion began, I cabled senior colleagues in Brussels, recommending severe sanctions on many of Putin’s closest associates and every member of the Russian Duma who voted for the annexation of Crimea. My colleagues, to my dismay, initially claimed they didn’t see the email. In frustration, I circulated it to wider audience, but to no avail. As Europeans, we did not take the initiative. We were reactive rather than proactive.

We must not make the same errors again. The E.U. and NATO are demonstrating resolve to defend the international, rules based system through sanctions, but there is more to be done. The future of Russia is ultimately in the hands of Russians, but the West must do everything in its power to present an attractive geo-strategic alternative for a post-Putin future. Inviting Ukraine into accession negotiations with the E.U. is a necessary step. At the same time, we must protect ourselves and the men like my son who volunteer to guard our eastern flank. NATO must provide more substantial assistance to Ukrainian forces and project a permanent military presence into the Baltics. While we appreciate assurances of support, what we need are American boots on the ground and NATO defense posture in place. That is what Putin understands, and the stakes could not be higher. For now, he aims to subjugate Ukraine into a vassal state, but make no mistake: his endgame is to push Russian borders as far West as possible. 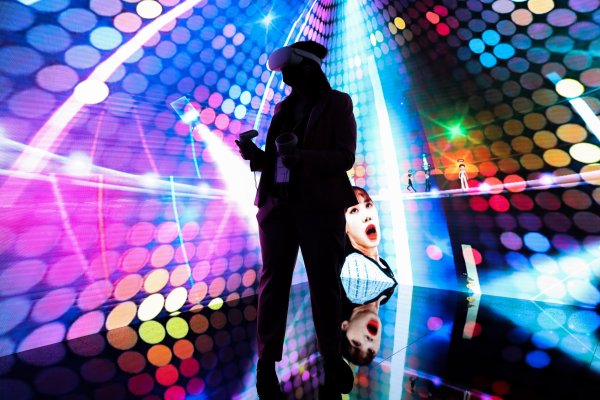