As Russian President Vladimir Putin ordered troops into two rebel-held regions in eastern Ukraine late Monday night, recognizing the regions as independent, he returned to a familiar argument that the Kremlin has pushed for years: that Ukraine’s claim to statehood is entirely baseless. In a televised address to the nation, Putin explicitly denied that Ukraine had ever had “real statehood,” and said the country was an integral part of Russia’s “own history, culture, spiritual space.”

Putin’s speech, which went on for nearly an hour, was a new twist in the long-running battle to define Ukraine’s place in the world. In it, Putin set out his belief more forcefully than ever before that Ukraine is intrinsically Russian, that its three decades as a nation-state have been incoherent, and that the country owes its existence to a series of mistakes by bumbling Soviet leaders. (He made a series of similar arguments in an essay published last summer.)

Read More: The Threat of a Russian Invasion Is Crushing Ukraine’s Economy and Culture

In the speech, Putin laid out his version of Ukrainian history. He started by saying that modern Ukraine was a creation of Vladimir Lenin, who carved a Soviet Republic out of what Putin said was Russian land. Putin said that Joseph Stalin supplemented Ukrainian lands with lands from other eastern European countries following the Second World War, and that his successor Nikita Khrushchev “took Crimea away from Russia for some reason and gave it to Ukraine” in 1954. Putin said that these decisions were “worse than a mistake,” and went on to criticize Ukraine for “mindlessly emulating foreign models” after its 1991 independence.

But Western analysts say that Putin’s remarks are a mischaracterization of history intended to justify Russian claims over Ukraine.

While the two countries share an intertwined history, Ukrainians have been quick to point out that Kyiv was founded hundreds of years earlier than Moscow, and that Ukraine has its own distinct language and customs.

“Part of the reason that Ukraine has never had stable statehood is because of Russia,” says David Patrikarakos, an author of two books about foreign affairs and non-resident fellow at the University of St. Andrews in Scotland. He says that Putin deliberately ignored the long history of Ukrainian nationalism, including the country’s war of independence against the Soviets that began in 1917, and its resistance to Soviet rule after World War II. “There has been a strong impulse of Ukrainian nationalism for at least the last century, and [of] the Russians just slapping them down militarily,” Patrikarakos says. “And that’s continuing today.”

Ukraine only became an independent country in 1991, after a referendum in which 92.3% of voters said they would prefer the country to be independent rather than remain tied to the collapsing Soviet Union. But what Ukraine as a nation should look like has always been a contested issue. While the support for independence in 1991 was by all accounts overwhelming, it still masked a significant divide between the west of Ukraine and the east, which shares a border with Russia. Historically, Russian cultural and linguistic influence has been stronger in this region.

In 2013, Ukrainian nationalists united in protest against pro-Russian President Viktor Yanukovych, eventually forcing him to flee the country. The Maidan Revolution, as the protests were called, offered an updated version of Ukrainian nationalism—one oriented toward Europe and democratic values, instead of Russia’s political system, though they glossed over the antisemitic history of Ukraine’s nationalist movement. The protesters disagreed with the Kremlin’s reading of Ukrainian history, viewing the Soviet era as more of a hostile occupation than a cohesive union between brotherly states.

But as Ukraine has become a geopolitical flashpoint in recent years, polarization has only increased. At the height of the Euromaidan protests in 2014, only around half of Ukrainians polled said they agreed with the demonstrations. And while around 58% of Ukrainians wish to join the E.U. today, a significant minority (21%) support joining an economic union with Russia instead. Polls show support among Ukrainians for joining the NATO alliance was typically lower than 50% between 2014 and 2016, but has risen along with Russian aggression–with 64% of Ukrainians expressing support for the idea in a January 2022 poll.

Given that context, Patrikarakos argues that Putin’s speech should not be viewed as an effort to convince Ukrainians of the benefits of Moscow’s patronage, but instead as an assertion of Putin’s increasingly bullish worldview. “What he’s saying is something far wider: Ukraine is not a legitimate state. Ukraine is Russia. It should never have existed as anything else,” Patrikarakos says. It could also be an ominous bellwether for future military action, he suggests. “If you do not accept the idea of Ukraine, then you clearly by implication do not accept the idea of Georgia, the Baltic States, Moldova and everything else.” 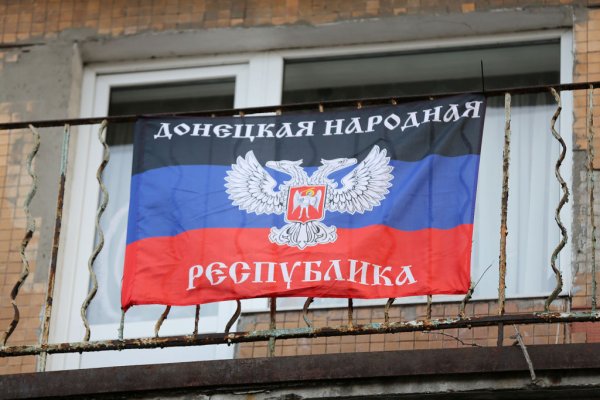 Ukraine Crisis: What Does Putin Want In Donetsk and Luhansk?
Next Up: Editor's Pick